Volkswagen discloses a method for controlling a display of an augmented-reality head-up display device. 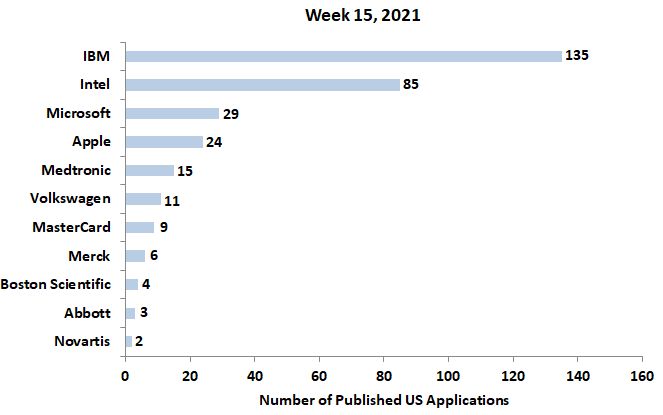 U.S. patent application, US20210106324, discloses a device for closing an opening in a body lumen (vessel) that includes an elongate member having needle lumens, and a needle assembly slidably cooperating with the elongate member to position multiple sutures within the lumen. The figure below shows a distal end of the device removed from the vessel after the sutures have been drawn through the vessel wall. 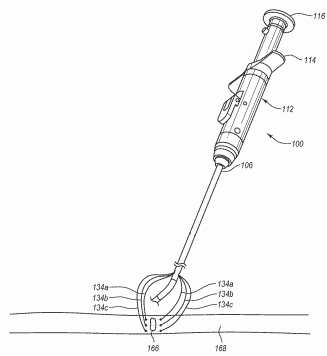 U.S. patent application, US20210106245, discloses a non-invasive system to assist a physician during and/or after implantation of cardiac therapy apparatus on a patient, that includes an electrocardiogram (ECG) belt having external electrodes to aid in the optimization of resynchronization pacing parameters based on minimization of electrical heterogeneity. The figure below illustrates the system including electrode apparatus, display apparatus, and computing apparatus. 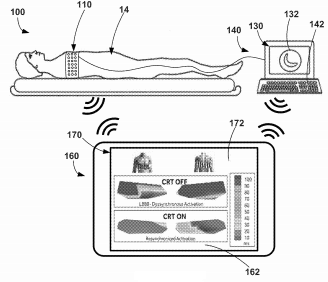 U.S. patent application, US20210108252, discloses a method for determining the 5′ capping efficiency and 5′ cap identity in mRNA samples. The method includes the usage of tagged probes that are complementary to the 5′ end of target RNA, RNAse H enzyme to cleave the 5′ end of RNA, and then analyzing the fragments by using liquid chromatography/mass spectrometry (LC-MS).

U.S. patent application, US20210106834, discloses a filtering algorithm for assessing communications wirelessly received by an implantable medical device from an external controller such as a mobile device. The algorithm reviews blocks to determine whether such blocks would compromise the operation or injure a patient if executed. The figure below shows the wireless communication between the mobile device and the implanted device. 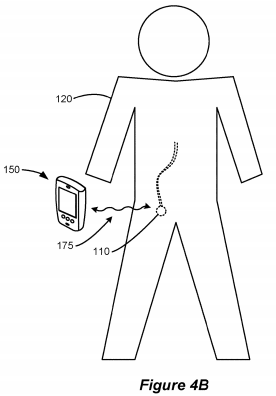 U.S. patent application, US20210110682, provides techniques for contacting emergency response services when certain conditions are met that includes determination, by a wearable device, whether a user has responded to a first user interface prompt displayed in response to detection of a physical event associated with the user. In accordance with a determination that the user has not responded to the first user interface prompt after the expiration of a first time period, certain actions may be performed. The figure shows the audio looping for an emergency service response system. 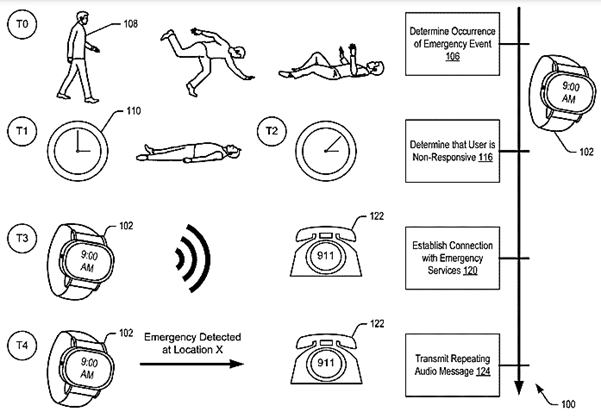 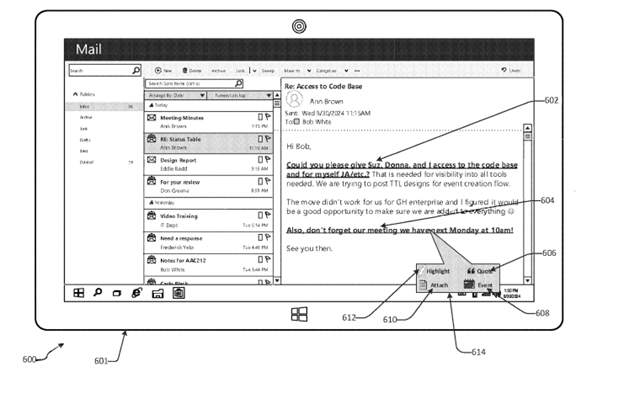 U.S. patent application, US20210110136, discloses a method for processing a satellite image using a convolutional neural network (CNN) to produce a satellite vector that identifies a suspected wildfire and automatically directing a mobile sensor to a mobile location for confirming a location of suspected wildfire based on the satellite vector and a processed mobile vector upon obtaining a mobile image from the mobile sensor. The figures below illustrate the detection of a wildfire via remote sensing and mobile sensors. 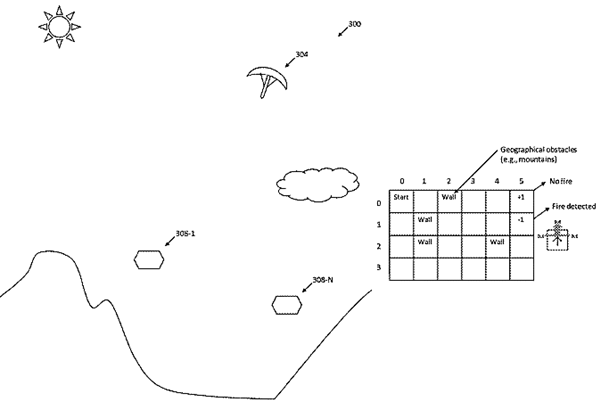 Intel Aims to Patent a Safety System for a Vehicle