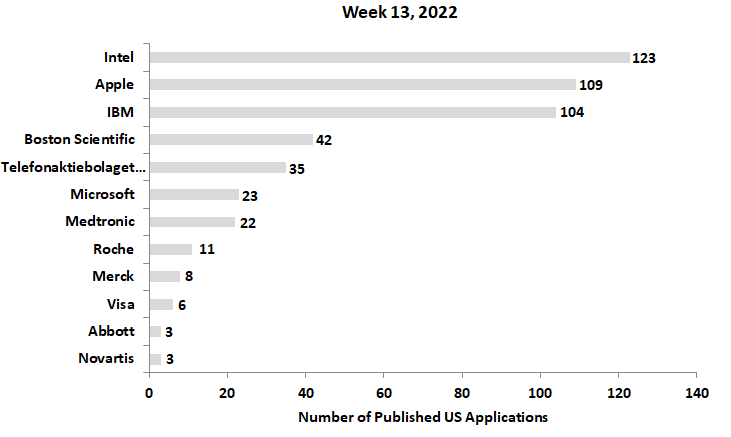 U.S. patent application, US20220098315, discloses subcutaneous or intravenous administration of anti-CD40 antibodies, such as CFZ533 (iscalimab) for the treatment of hidradenitis suppurativa (HS).

U.S. patent application, US20220099611, discloses an in-vivo analyte monitoring system for detecting a glucose sensor measurement using RF frequency resonance of an on-body device. The on-body device is adapted to sense the glucose level of a wearer and translate the glucose level to a resonance frequency which is detected by a reader device to determine the corresponding sensor measurement. The figure below illustrates the monitoring system with an on-body device mounted on the skin of a human user. 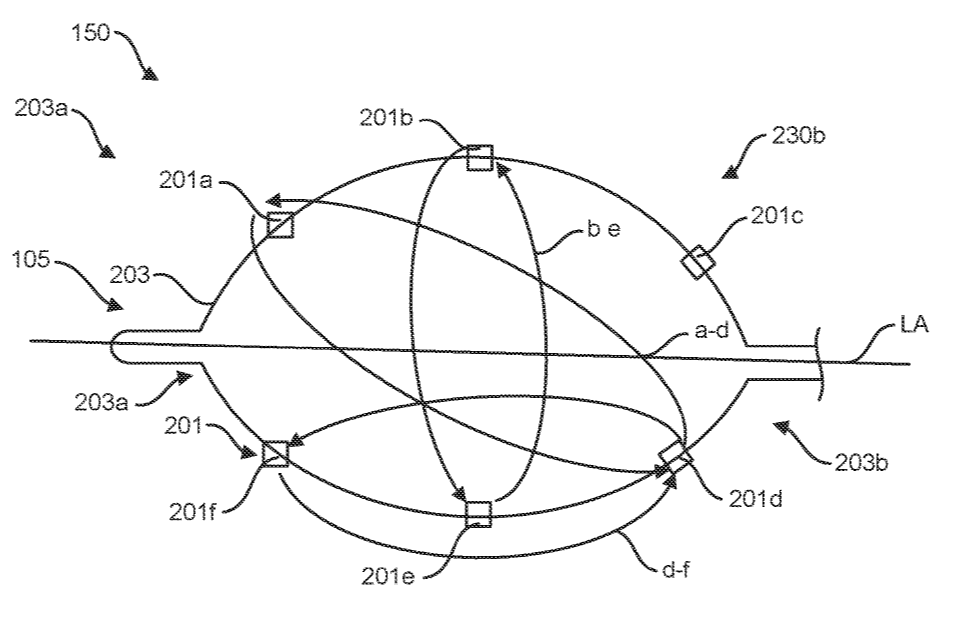 Medtronic Eyes a Patent for an Electrosurgical Device

U.S. patent application, US20220096143, discloses an electrosurgical bipolar probe with an internal cooling system for lesioning in bone and other tissue. The probe includes tubular electrodes such that the inner surface of each electrode is cooled while keeping the electrodes electrically isolated and also a temperature monitoring means when used in tissue that hinders the predictability of lesioning, such as electrically insulative tissue. The figure below illustrates a bipolar lesion created within a vertebral body at a bone-tumor interface by the probe. 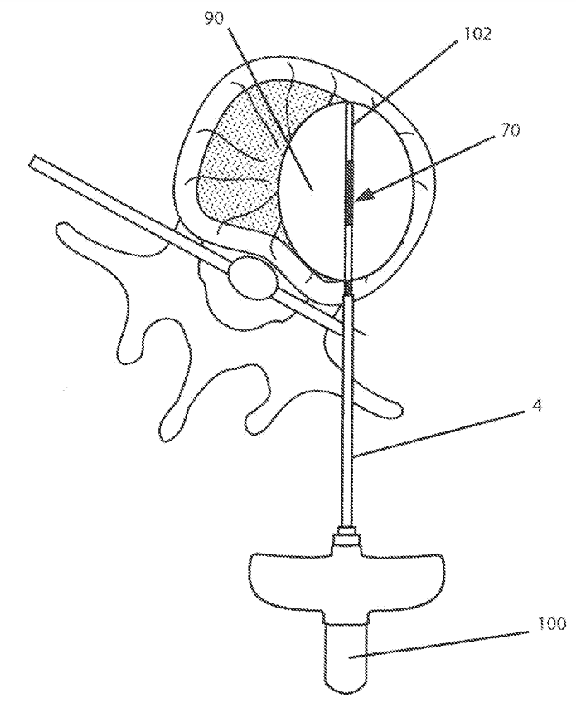 U.S. patent application, US20220096527, discloses a compound that prevents, ameliorates, and inhibits hepatitis B virus (HBV) infections. The compounds include an inhibitor (small molecules/antibodies) bound with PAPD5 and PAPD7 to reduce the expression of the PAP-associated domain and inhibit the propagation of HBV infections.

U.S. patent application, US20220095610, discloses a system for processing liquid bulk drug substances and other pharmaceutical solutions. The system comprises a refrigeration unit with a refrigeration chamber, several containers disposed within the refrigeration chamber having a lengthwise dimension that is aligned with the flow direction, and two parallel, major sidewalls that are spaced from each other in a widthwise direction. The figure below illustrates diagrammatic representations of a set of containers. 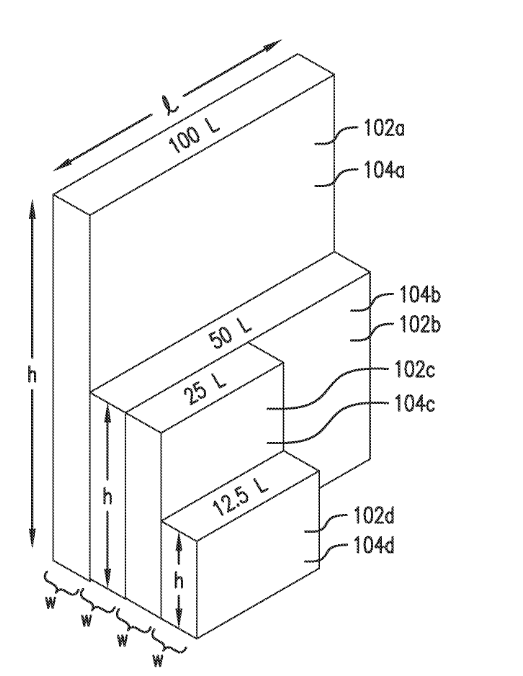 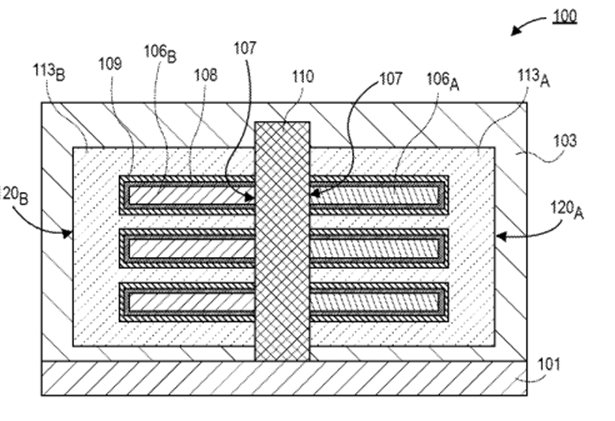 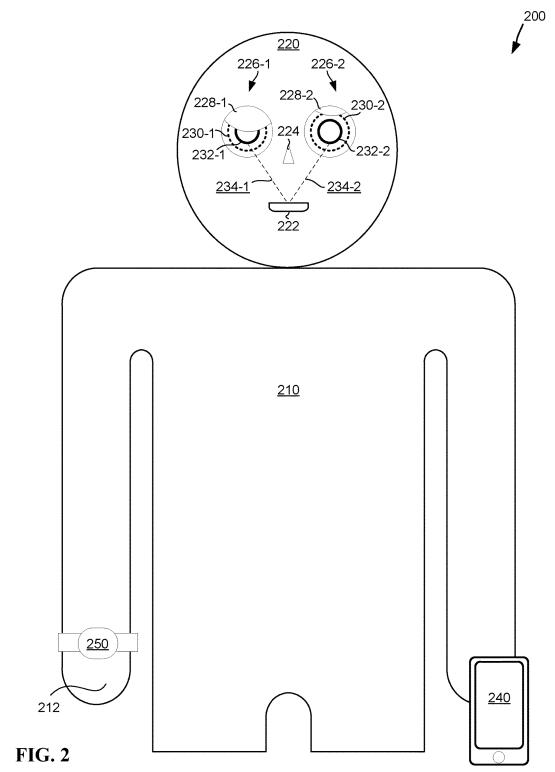 Microsoft Seeks a Patent for a Method of Video Calling 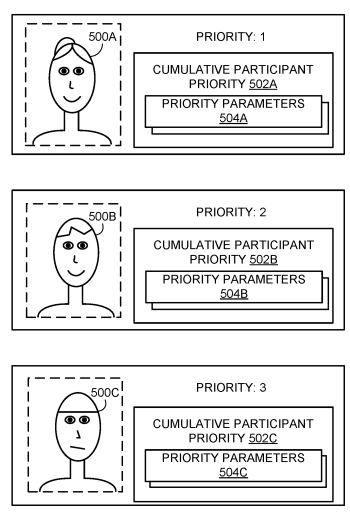 Apple Eyes a Patent for Remotely Controlling a Hearing Device

U.S. patent application, US20220103924, discloses a method for remotely changing the settings of a hearing device. The method includes displaying a user interface in a device that includes a plurality of affordances for selecting audio processing settings, for a plurality of wireless audio output devices paired with the device, and in response to receiving a first set of affordances, applying a first set of audio processing settings to the plurality of wireless audio output devices. The figure below shows the user interface used for remotely controlling the hearing device. 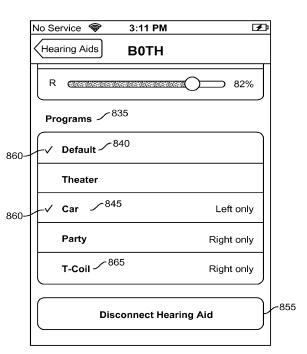