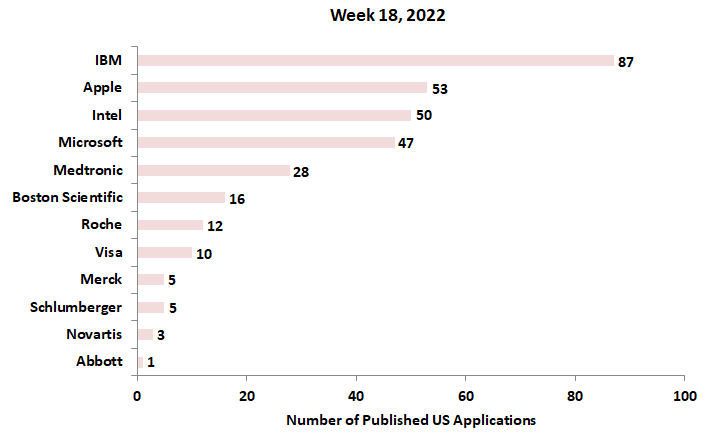 U.S. patent application, US20220133889, relates to intratumoral or peritumoral administration of a pharmaceutical composition containing a combination of an anti-TIM-3 antibody molecule and an agent such as a STING agonist, a TLR agonist, an A2AR antagonist, or an oncolytic virus for the prophylaxis of disorders like lung cancer.

U.S. patent application, US20220133180, discloses an on-body device with an electronics assembly and a sensor assembly containing an electrochemical analyte sensor connected to and/or within associated on-body analyte sensor units to facilitate the assembly of separate on-body devices and sensor assembly units that are kept apart until the user brings them together using unique ancillary element arrangements. The figure below illustrates the on-body electronics subassembly.

U.S. patent application, US20220133874, discloses methods for preparing polysaccharide-protein conjugates by reductive amination for inclusion in multivalent vaccines. Polysaccharides, typically from bacteria, are conjugated to a carrier protein, which improves conjugation reaction consistency, and increases the consumption of protein during the conjugation reaction with the generation of conjugates having a high molecular weight, and/or reduces the levels of free cyanide in the conjugate reaction product.

U.S. patent application, US20220134090, discloses a burr hole device insertion tool to reduce the misplacement of a catheter in a patient’s skull. The tool includes an end that is configured for simultaneous application of a normal force to two or more attachment points of a burr hole support clip and to fix the lead in the burr hole cap assembly which evenly distributes the pressure load. The figures below illustrate the burr cap cover assembly configured to be inserted in a burr hole in a cranium of a patient. 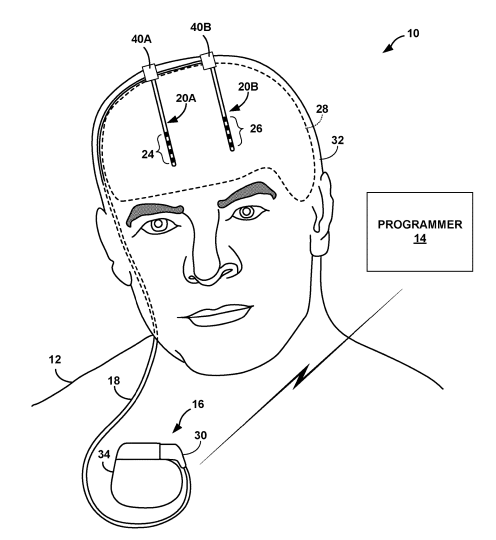 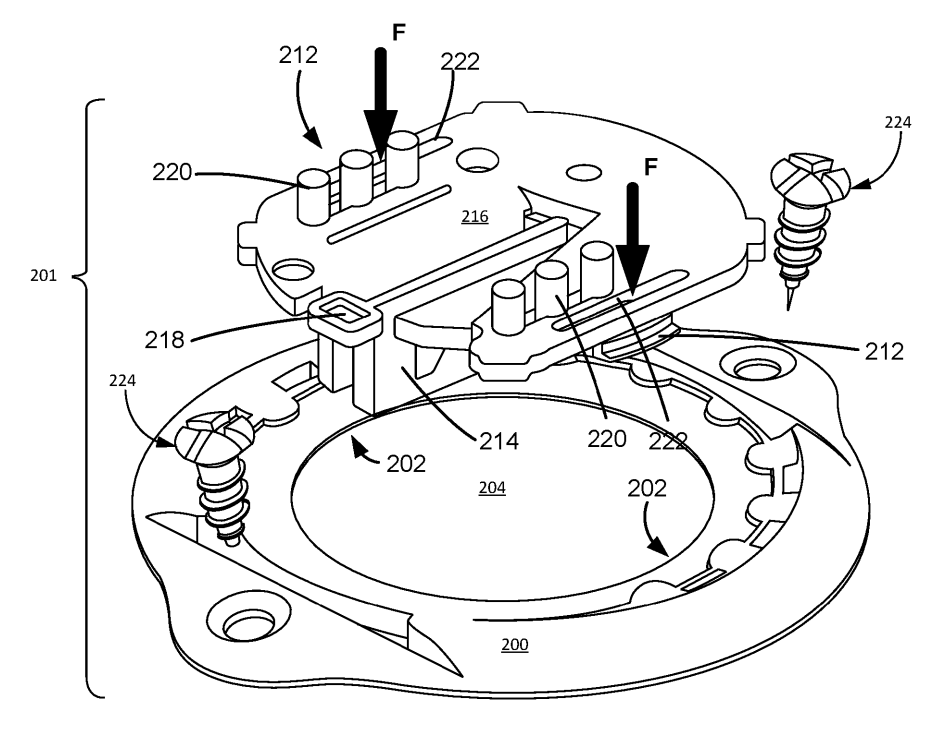 U.S. patent application, US20220136042, discloses an improved method for capturing nucleic acid sequences. The method involves forming a reaction mixture comprising a nucleic acid sample, oligonucleotide probes, and Fanconi Anemia complementation group A (FANCA) protein and then incubating the reaction mixture for catalyzing the hybridization of target sequences with probes. 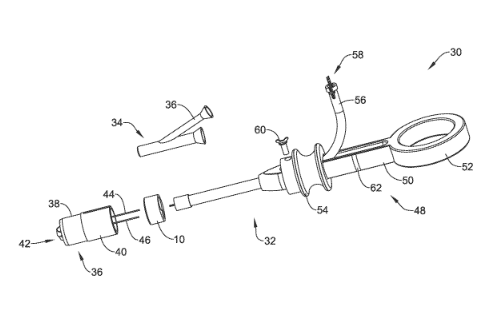 U.S. patent application, US20220138722, describes a method for allowing secured and automatic payments based on a receiving individual’s presence at/within proximity of a particular location, wherein the individual’s presence is sensed using a pressure-sensitive mat. The method includes using a processor to trigger initiation of communication between a first computing device and a second computing device associated with the user at a first time in order to complete the job or transaction. The figures below illustrate a smart geo-fencing-based payment mechanism. 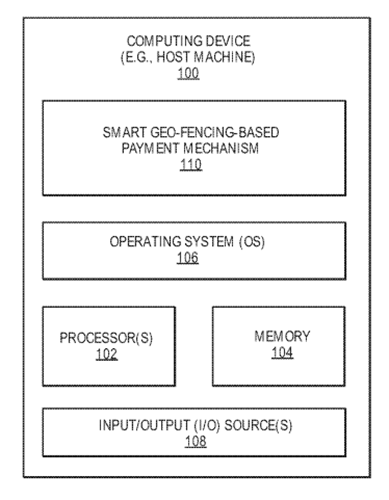 U.S. patent application, US20220137625, discloses a method for autonomous vehicle guidance. The method includes obtaining an indication of a destination of the vehicle in a computing device, generating a list of finer-granularity destinations located within a vicinity of the destination, receiving user input indicating a selected finer-granularity destination, implementing movements to proceed to a stopping point, and transmitting the directives to the motor control subsystems. The figure below illustrates a vehicle occupant tracing a detailed path towards the destination. 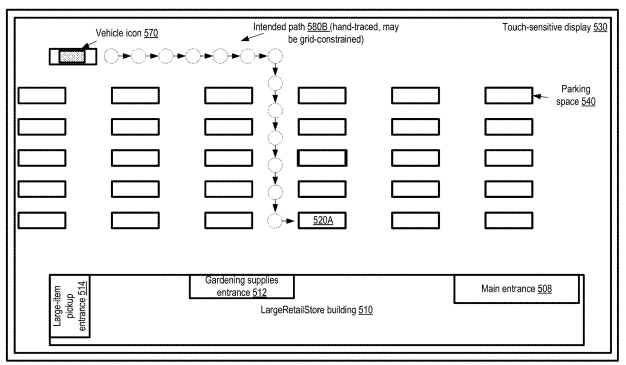 Microsoft Pursues a Patent on a Method for Live Comment Generation 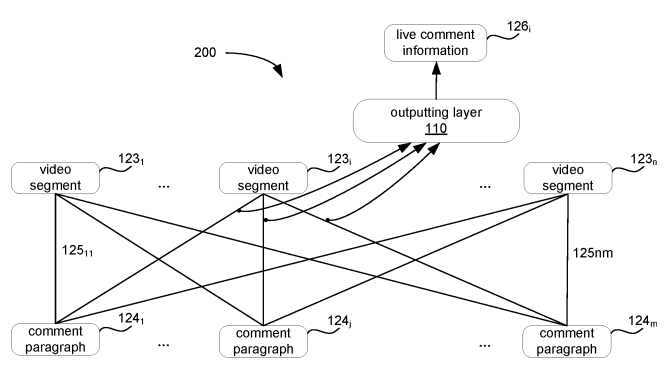 U.S. patent application, US20220138825, discloses a method for synchronizing online and retail shopping experiences for limited stock products. The method includes requesting an item tracking system for the status of an item in a retail store, determining the status of the item by the item tracking system based on an action taken by an online shopper with respect to the item, and outputting the status of the item for viewing by an in-person shopper through augmented reality glasses. The figure below illustrates a view of the in-person shopper and the online shopper. 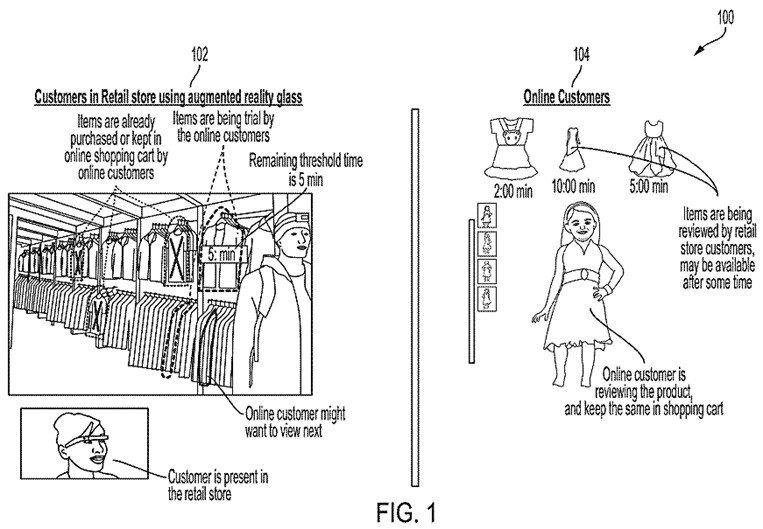