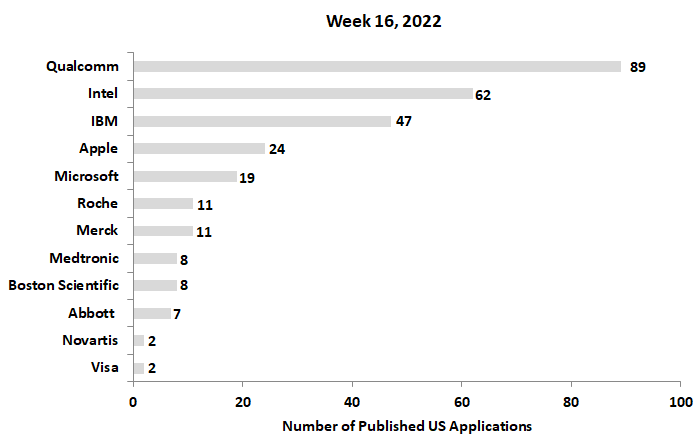 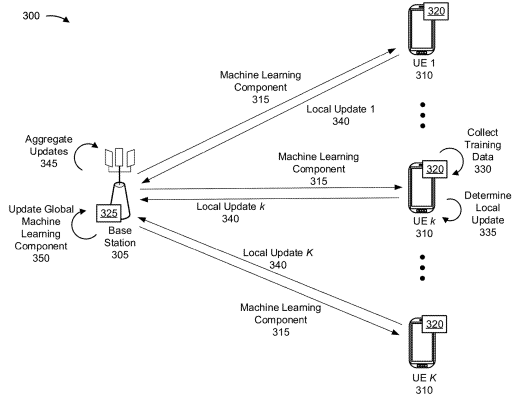 U.S. patent application, US20220117762, discloses an implantable stent with higher radiopacity without the use of high-cost metals. The stent is formed of a radiopaque cobalt-chromium-nickel-tungsten (Co–Cr–Ni–W) alloy with specifically elevated tungsten content to ensure that the alloy maintains a single-phase, face-centered-cubic (FCC) microstructure for higher radiopacity. The figure below illustrates the radiopaque stent mounted on a delivery catheter and placed within a damaged lumen.

U.S. patent application, US20220119757, discloses an automated manufacturing facility for the production of recombinant or therapeutic proteins that includes perfusion bioreactors, a chromatography system, and an ultrafiltration/diafiltration system to obtain a purified protein drug substance for therapeutic medical and diagnostic purposes. The automated facility is controlled by a process automation system (PAS).

U.S. patent application, US20220117608, relates to a closure implant device for controlling the thrombus formation within the left atrial appendage of patients suffering from atrial fibrillation. The device includes a self-expanding support frame having a circumference and a central longitudinal axis, a membrane disposed over at least a portion of the support frame, and a plurality of anchors arranged into a first row and a second row to form a staggered pattern about the circumference of the support frame. The figure below illustrates a portion of the closure implant. 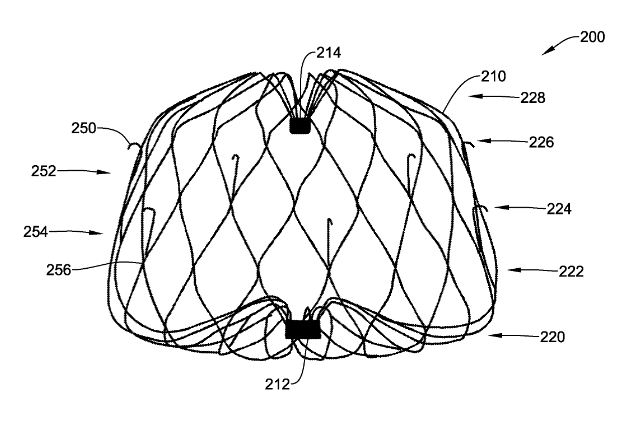 Medtronic Eyes a Patent for an Extendable and Retractable Lead 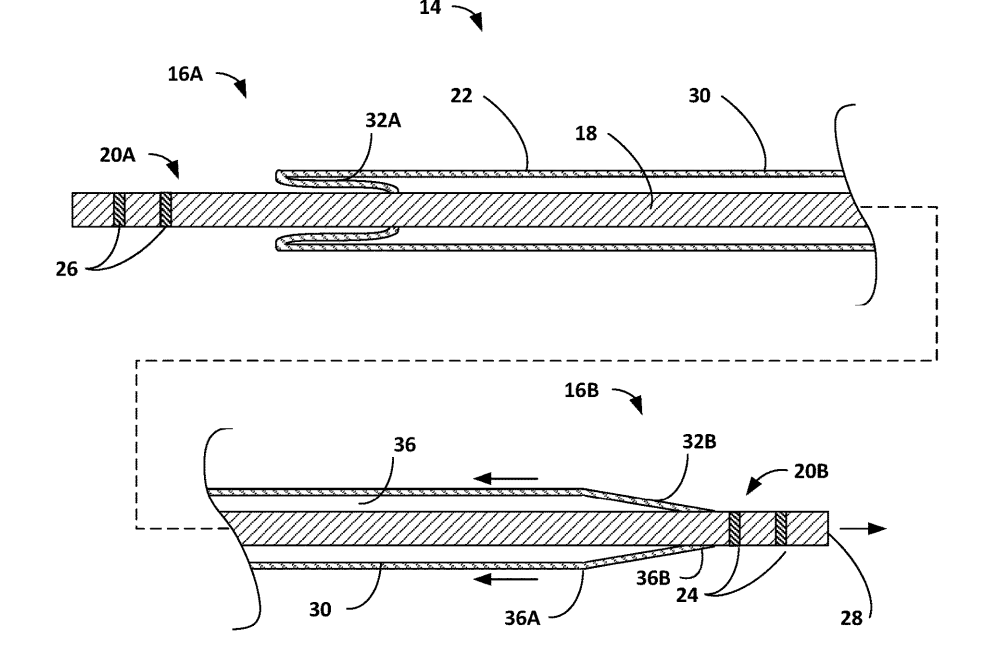 U.S. patent application, US20220119499, discloses a method for reducing the content of a host cell protein in a sample. The method involves the contacting of a protein A chromatography material with the sample comprising a human IgG4 or IgG1 isotype antibody and then washing with an aqueous solution comprising Histidine and Tris to reduce the content of the host cell protein.

IBM Files a Patent for a Multi-factor Authentication System 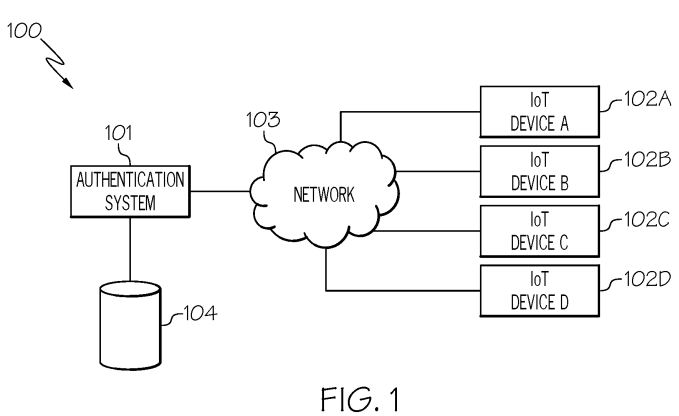 Microsoft Seeks a Patent for a Method of Automated Callback Reminder

U.S. patent application, US20220124196, describes a method for a call reminder functionality that allows the user to select an option in a user interface (UI) displayed on the device to create a link between the call and the user’s schedule application. A callback task is added to the user’s task list maintained by the schedule application and a reminder is displayed on the UI at a future time. The figure below depicts the user interface supporting the call reminder application. 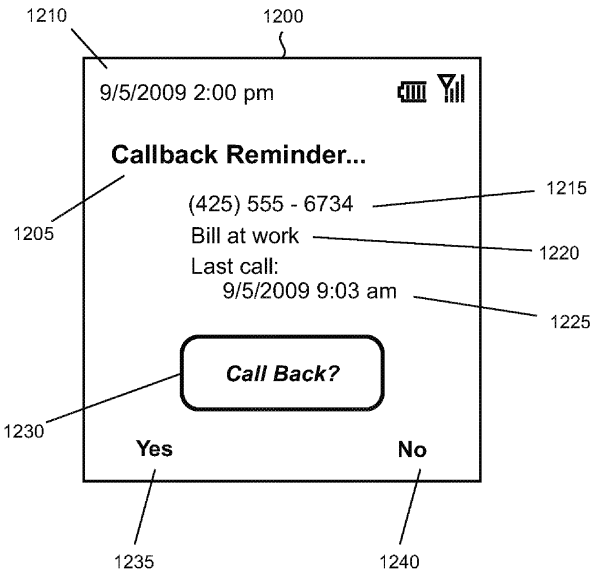 U.S. patent application, US20220124503A1, describes a vehicle-to-everything (V2X) communication that enables information sharing between vehicles, pedestrians, roadside units, and/or any suitable apparatus in the proximity of V2X communication messages based on detecting attacks in V2X networks. The system transmits the first packet to a first vehicle to request transmission of the first response, instructs a second packet to be transmitted to a second vehicle to request transmission of a second response, and instructs a third vehicle associated with the V2X network to ignore future messages from the phantom vehicles based on the determination. The figures below illustrate the phantom of vehicles coordinating with the central facility. 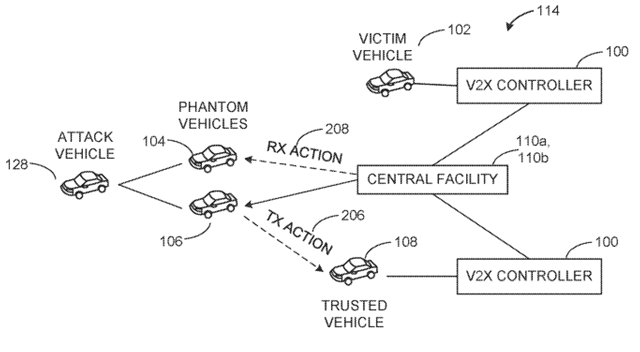 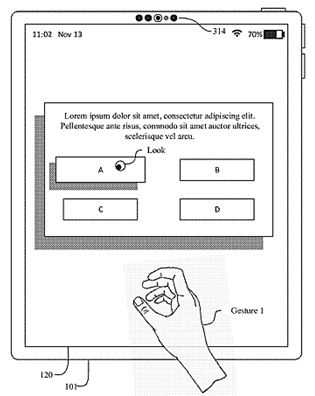