Pepsico wants to patent a device for nucleation of a supercooled beverage. 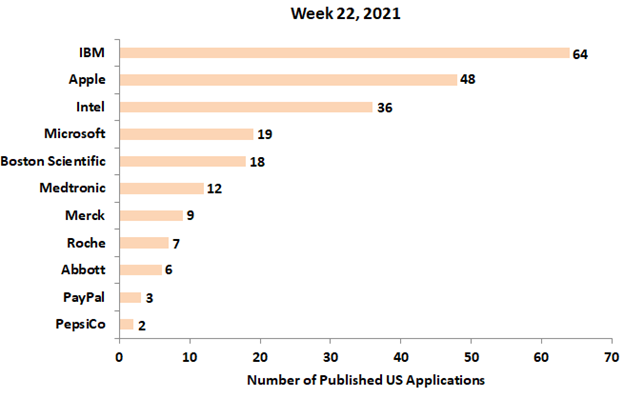 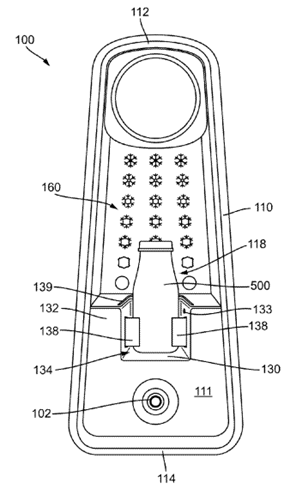 U.S. patent application, US20210168124, relates to a method for data processing for an analytical instrument involving biological samples. The method involves receiving analytical instrument data, generating metadata from the received data, applying encryption to the data, and transmitting the encrypted metadata and instrument data to a remote server. The figure below is a schematic diagram of the data processing module. 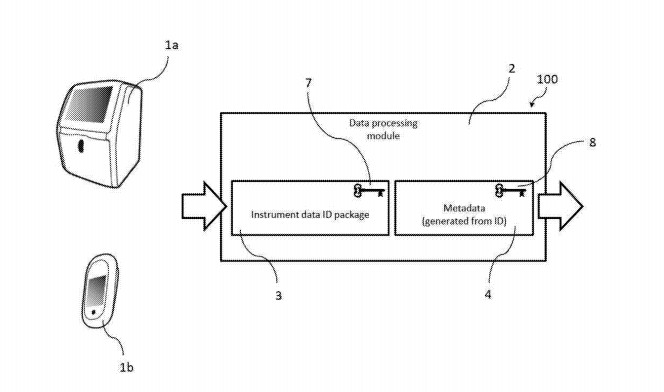 U.S. patent application, US20210162418, discloses a thermal control system for controlling the temperature of whole blood sample fluid. The system permits accurate temperature measurement and control when measuring fluids of a particularly low volume of less than 1 mL. The system includes heating elements, a temperature-sensing probe, and a feedback controller. The figure below depicts the analyzing device with the control system during analysis. 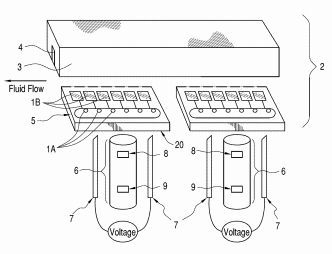 U.S. patent application, US20210161475, discloses a non-invasive system for generating a patient’s representative cardiac information based on multiple electrode signals. The system monitors the electrode signals over a plurality of cardiac cycles while removing unsatisfactory cardiac cycles, and invalid electrode signals, to assist a physician in evaluating and configuring cardiac therapy. The figure below illustrates the external electrode apparatus for measuring torso-surface potentials, the display apparatus, and the computing apparatus. 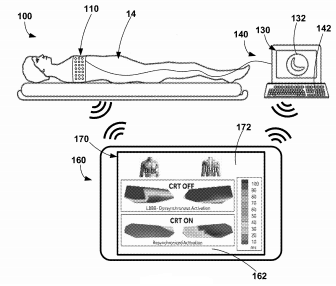 U.S. patent application, US20210162224, discloses a visual point-and-click interface system that allows a user to optimize a patient’s stimulation parameters, without the need for tracking the precise settings for each electrode. The figure below shows user interface components with which the system receives input of annotations regarding stimulation settings. 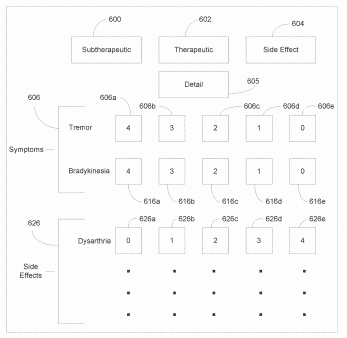 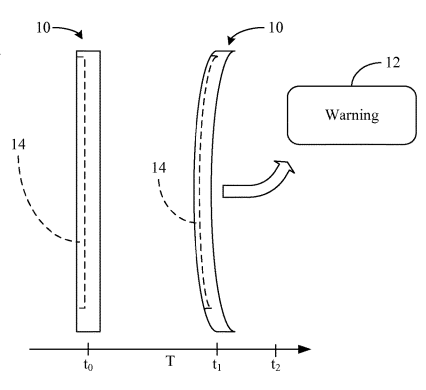 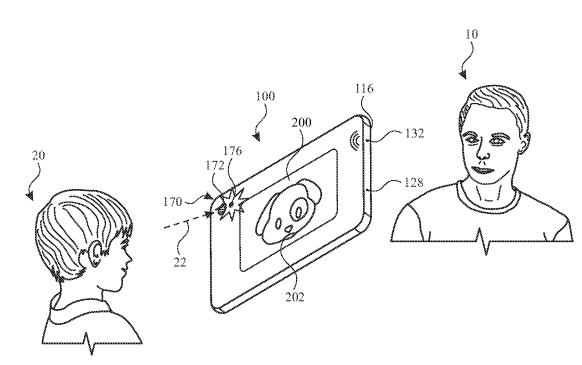 U.S. patent application, US20210165967, discloses a method for supplementing context in dialog flows for chatbot systems. The method includes initializing a chatbot conversation between a chatbot and a user, identifying a set of entities and a set of one or more relationships, determining a set of relevancy scores for each entity, and generating a response to the user based on the set of relevancy scores. The figure below depicts the chatbot program engaging in a conversation with the user and generating responses based on the relevancy scores for the identified entities and relationships. 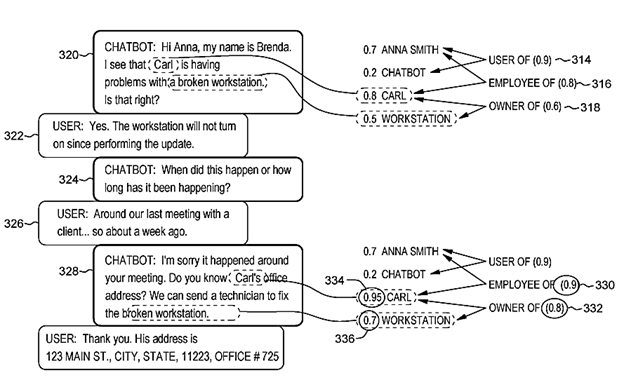 U.S. patent application, US20210166014, describes generating a summary of the main content of a page document based on the extracted feature information. The summary is generated by selecting a predetermined number of pages based on the importance of the content. The summary allows a user to quickly learn the main content of the document thereby shortening the time consumed in browsing all documents. The figure below illustrates a user interface for presenting a summary of a document. 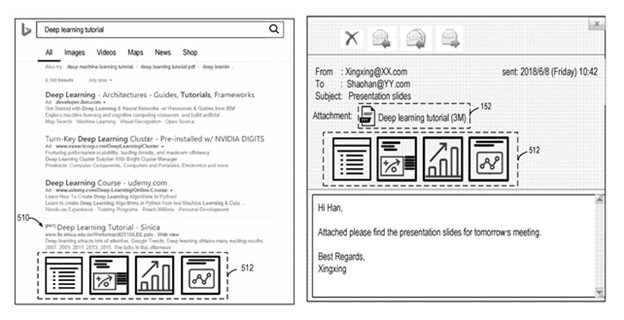