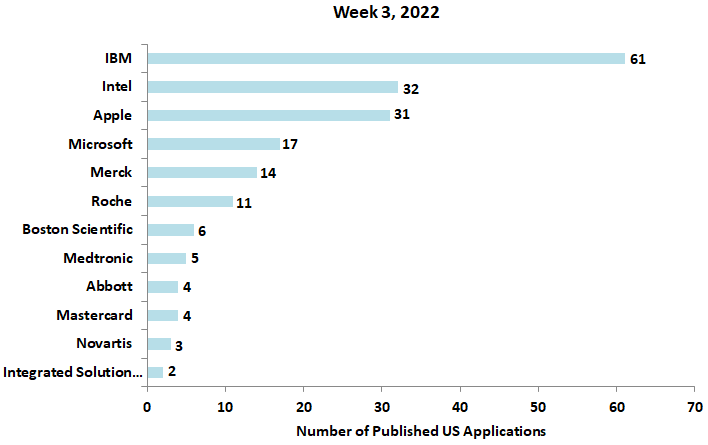 U.S. patent application, US20220017341, discloses an autonomous robotic cargo system (ARCS) for moving cargo inside an aircraft or at any other designated location. The system has a chassis coupled to one or more tracks, one or more forks for loading and unloading the cargo, a laser scanner positioned on the chassis to capture data indicative of the chassis’ environment, and a control processor that pre-generates a preliminary pathway for the chassis to travel from a first location to a second location. The figure below illustrates the robotic cargo system moving and accurately positioning cargo inside an aircraft. 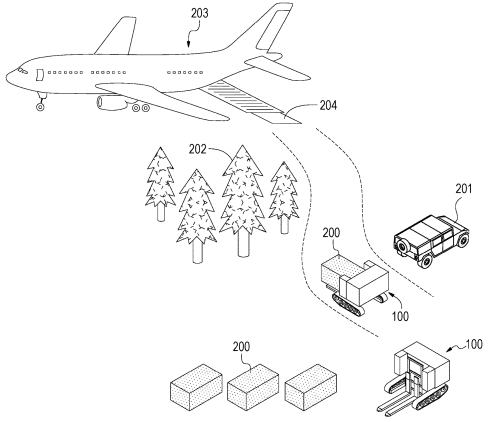 U.S. patent application, US20220016118, relates to the co-administration of a pharmaceutical composition containing a combination of midostaurin, a multi-targeted tyrosine kinase inhibitor and a Mcl-1 inhibitor, (2R)-2-{[(5S.sub.a)-5-{3-chloro-2-methyl-4-[2-(4-methylpiperazin-1-yl)eth- oxy]phenyl}-6-(4-fluorophenyl)thieno[2,3-d]pyrimidin-4-yl]oxy}-3-(2-{[2-(2–methoxyphenyl)pyrimidin-4-yl]methoxy}phenyl)propanoic acid or Compound B of formula (I) for the treatment of acute myeloid leukemia.

Abbott Wants a Patent for a Digital Pass Verification System 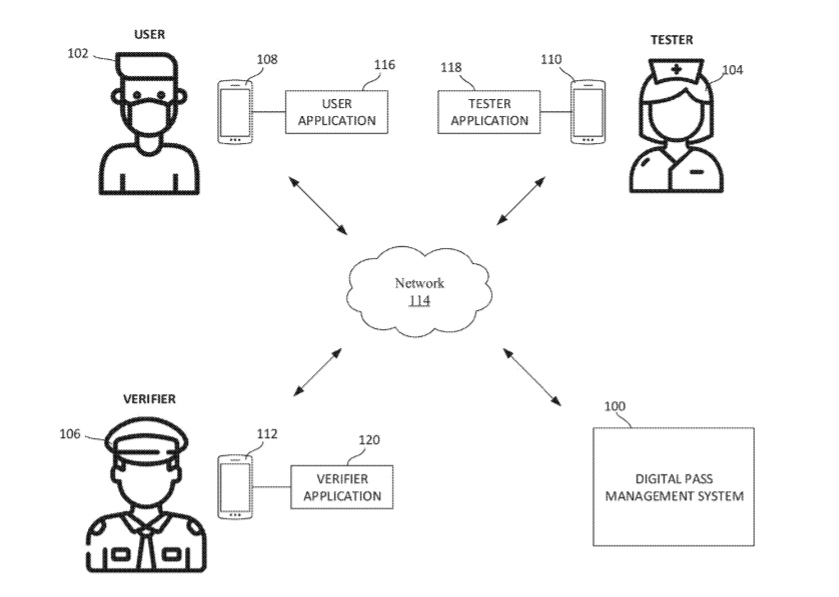 Medtronic Eyes a Patent for a Stent Graft with Sacrificial Ports

U.S. patent application, US20220015891, discloses a stent-graft assembly for allowing subsequently-delivered surgical devices during an endovascular procedure. The stent-graft assembly includes two sacrificial ports that transition between an open configuration to enable the surgical tools to pass between the stent graft’s branches and a closed configuration to inhibit blood flow therethrough. The figure below illustrates a method of closing the sacrificial port. 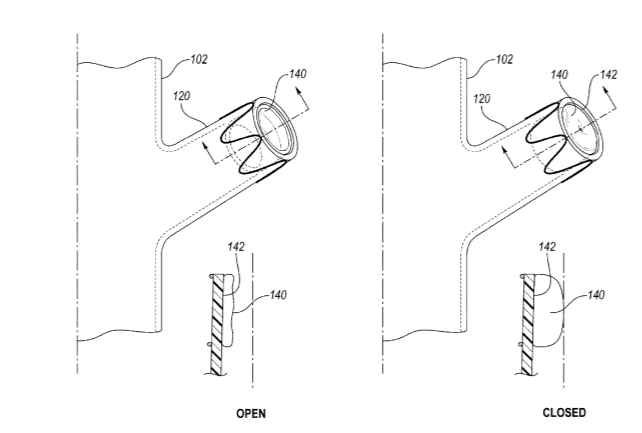 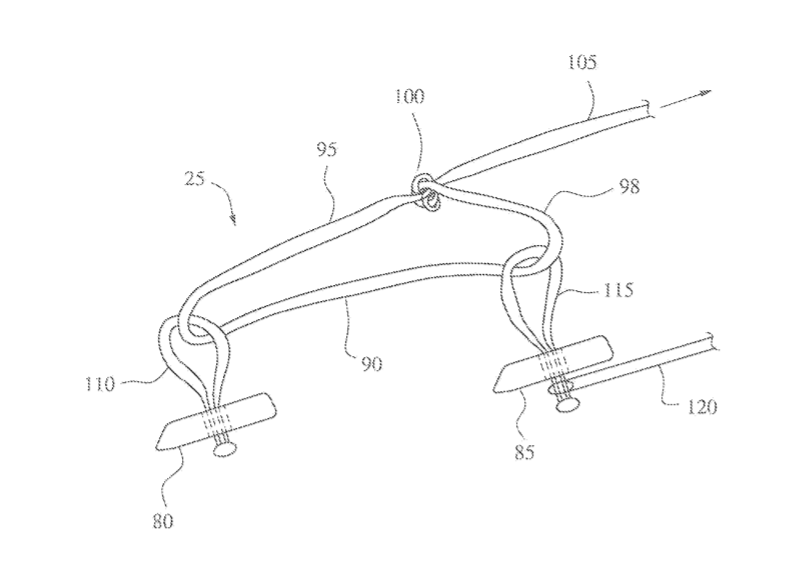 U.S. patent application, US20220020021, discloses a method for detecting intoxicated users while processing payment card transactions in conjunction with a user device. The user device detects the intoxicated user using the device’s motion-sensing hardware, user endpoint data, and application-level data. The payment card system denies the transaction when the user’s device detects that the user is impaired. 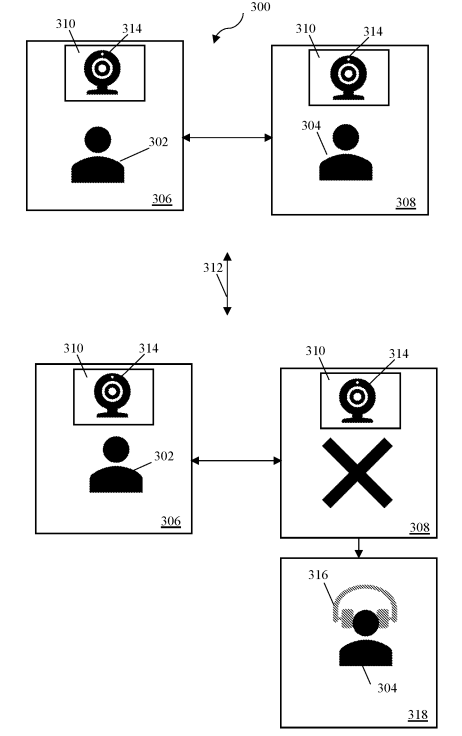 U.S. patent application, US20220015652, discloses a blood pressure (BP) measurement device employing an integrated flexible sensor for BP measurements. The device includes a cuff to wrap around a limb of a user, a bladder to compress the limb of the user when inflated and a piezoelectric sensor coupled to the cuff to detect blood flow through the limb of the user. The device includes a processor coupled with the piezoelectric sensor to determine the BP of the user based on correlating the isolated sounds of blood flow with the pressure inside the bladder. The figure below shows a BP measurement device employing the integrated sensor. 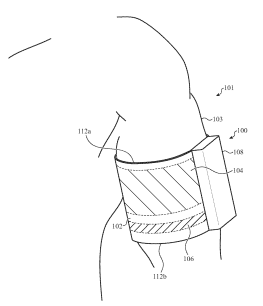 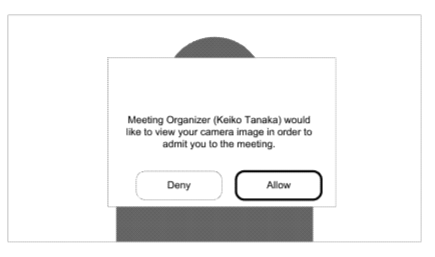 U.S. patent application, US20220020156, discusses an image processing apparatus that captures a volumetric broadcast video signal in real-time and generates a sequence of frame images from the captured signal. The apparatus segments an input image, corresponding to a single frame of the sequence of frame images, to generate a mask image associated with the input image, and determine a mask quality score based on the input image and the associated mask image in real-time. The figure below illustrates predicting the mask quality in real-time. 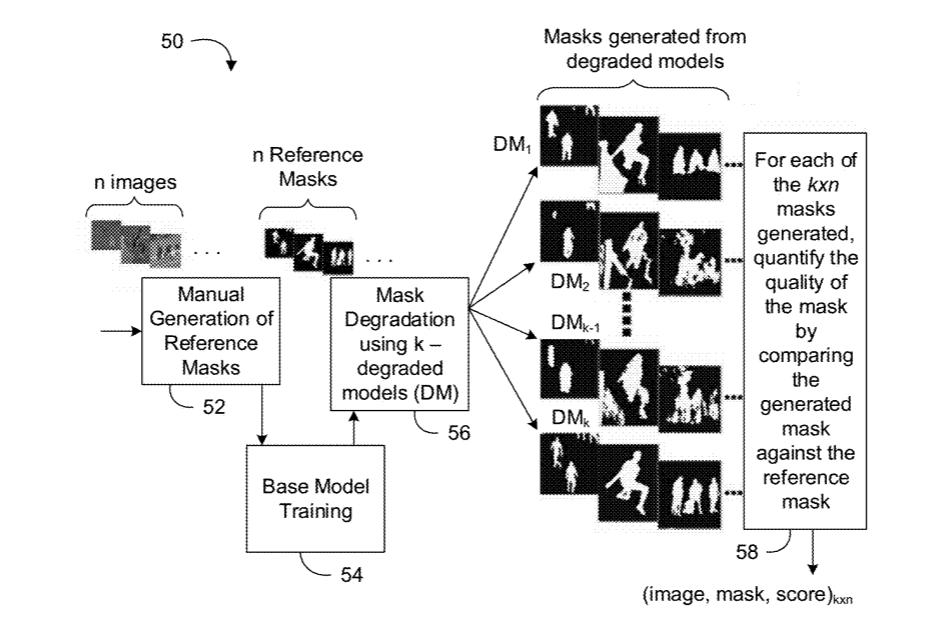