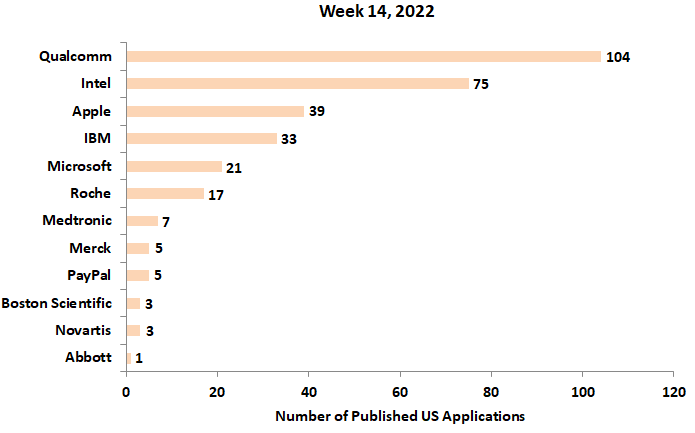 U.S. patent application, US20220110114, relates to a method of wireless communication wherein a mobile station receives, from a base station, an indication of a time domain resource allocation, wherein the indication is associated with a starting symbol and a length and includes symbols across at least two slots. The mobile station communicates with the base station, using the time domain resource allocation and receives, from a base station, an indication of at least two slots to be merged, wherein the two slots are associated with a periodicity. The figure below shows an example associated with configuring a super slot. 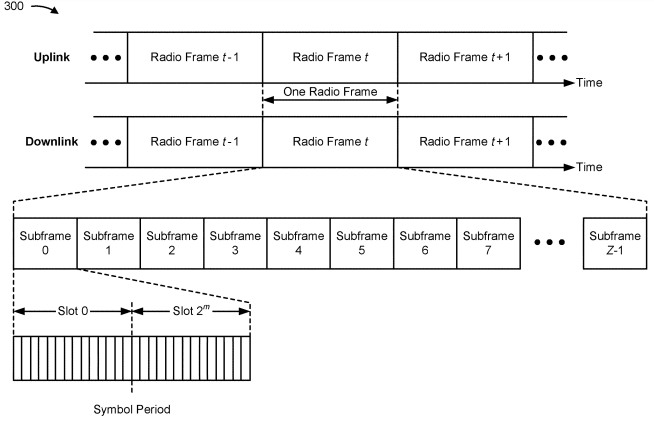 U.S. patent application, US20220108800, relates to a system for determining three different states of multiple sclerosis. The system includes a graphical user interface having fields for inputting patient data, age, expanded disability status scale (EDSS) score, and/or T25FW score by a user and a processor that generates a total score based on the state of sclerosis such as Relapsing-Remitting Multiple Sclerosis (RRMS) or Secondary Progressive Multiple Sclerosis (SPMS) or in-transition from RRMS to SPMS.

Abbott Seeks to Patent a Fixation Implant for Tissue Repair

U.S. patent application, US20220104819, discloses a fixation device for the treatment of mitral valve defects in human patients. The device includes a body, a pair of proximal elements, and a pair of distal elements for grasping the mitral valve’s leaflets for tissue approximation and repair. The figures below illustrate the fixation device with a spring that retains leaflets inserted into the device. 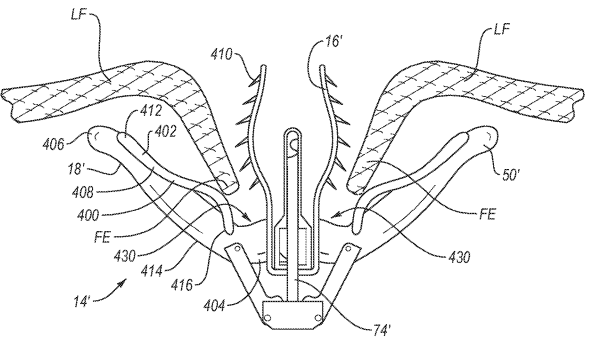 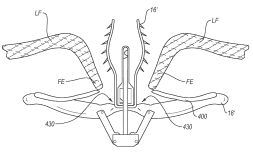 U.S. patent application, US20220105261, discloses a system for delivering a therapeutic fluid into the body of a user, including a skin adherable cradle, for retaining a therapeutic fluid dispenser. The system includes a dispensing patch unit, a skin adherable unit and a remote control unit having electronics for communication with the patch/infusion device. The figure below illustrates the use of a patch-type fluid delivery device. 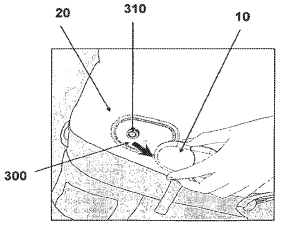 U.S. patent application, US20220105169, discloses polysaccharide-protein conjugate vaccine formulations, where the conjugates include one or more pneumococcal polysaccharides conjugated to a carrier protein. The formulation includes a buffer, surfactant, sugar, alkali or alkaline salt, aluminum adjuvant, optionally a bulking agent, and a polymer.

U.S. patent application, US20220104761, discloses a device for an automatic disablement of alerts for diabetic conditions. The device includes processors that automatically dismiss graphical alerts for a temporary period responsive to detecting a maintenance event that alters projected levels of glucose, so that the projected levels do not exceed a prescribed range. The figure below illustrates a system for delivering or guiding therapy dosage in a patient. 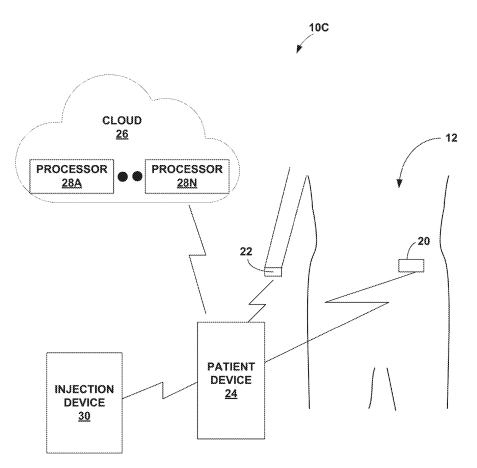 U.S. patent application, US20220104934, relates to a pancreatic stent. The expandable structure has a convertible main body including an inner surface defining a stent lumen and an outer surface, a plurality of drainage features formed within the outer surface of the main body permitting placement of the medical stent within a patient’s pancreas without blocking the side branches of the body structure. The figure below illustrates a pancreatic stent including drainage features. 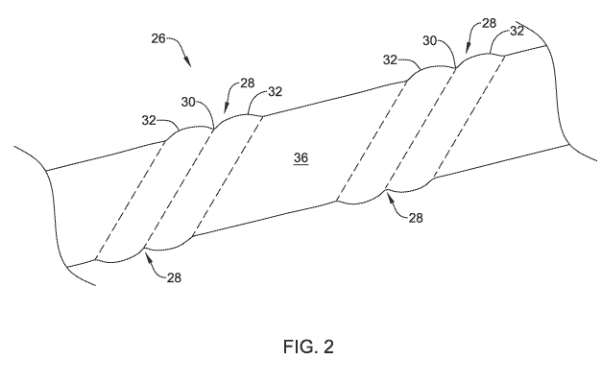 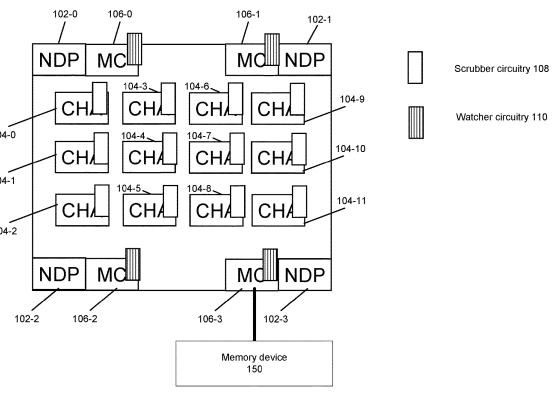 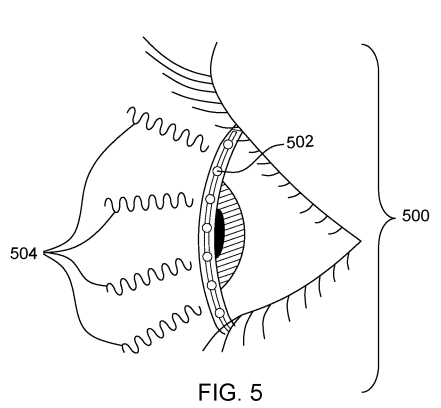 U.S. patent application, US20220108691, describes a method for dynamically expanding acronyms in audio content. A user access of an audio resource is detected and evaluated to identify acronyms. The acronyms are evaluated with user-specific context and determined with confidence scores. Based on the score, the identified acronym is replaced when the audio content is consumed by the user. The figure below illustrates an overview for dynamically expanding acronyms in the audio content. 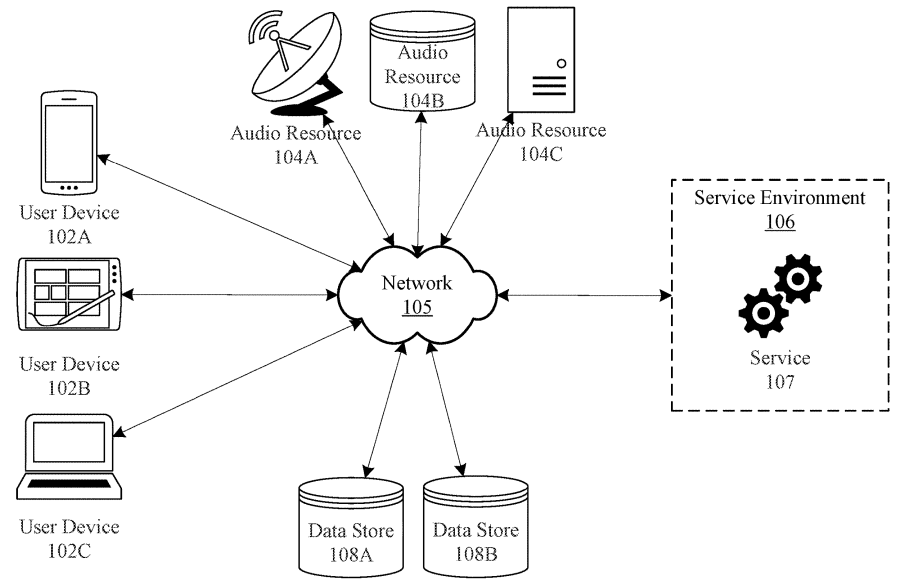 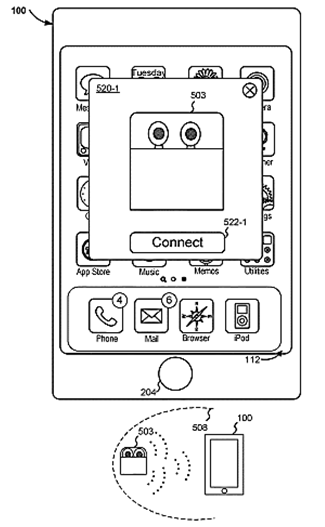