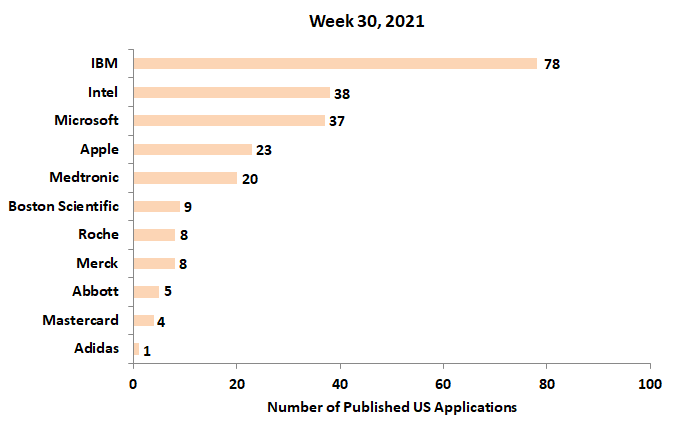 U.S. patent application, US20210227923, relates to an Adidas soccer shoe having an upper formed of knitwear, and a sole having cleats that are connected to the knitwear. The knitwear is capable of coupling the sole to a foot of a wearer of the soccer shoe while it is being worn. The shoe is provided with zones made from rubberized yarn to achieve higher static friction and thus enable the player to better control the ball. The figure below shows the shoe upper with two connected textile areas.

Boston Scientific Files a Patent for a Prostate Treatment System

U.S. patent application, US20210228257, discloses an energy delivery probe having a vapor delivery needle that can apply condensable vapor energy to prostate tissue so as to shrink, damage, and denature the prostate by advancing the needle to a predetermined distance using an actuation mechanism. The figure below illustrates the prostate treatment system. 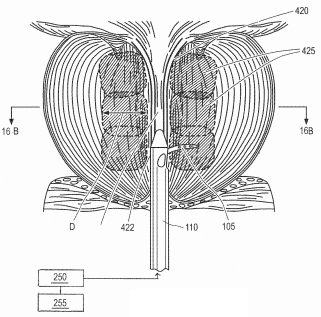 Merck Eyes a Patent for a Mixing Device

U.S. patent application, US20210229051, relates to a mixing device for promoting media dissolution in a bag. The device includes a lever for cyclically imparting a force on an external surface of the bag for agitating the contents thereby creating a continuous liquid motion in the interior volume to reduce the dissolution time of substances in a liquid. The figure below shows the mixing device with the lever. 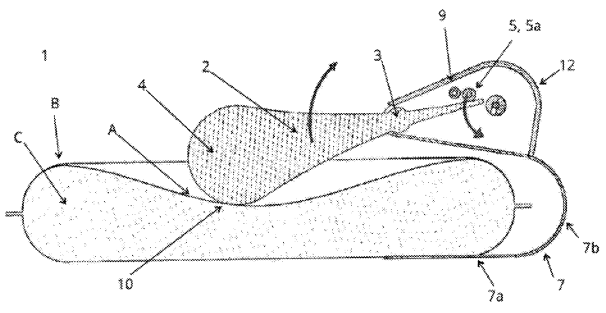 Abbott Seeks to Patent an Apparatus for Suturing Body Lumens

U.S. patent application, US20210228204, discloses a medical device for percutaneous closure of arterial and venous puncture sites. The device includes a flexible elongated member with a central passage, multiple lumens for different advanceable needles, an operation handle, and an elongated subsection that allows transapical insertion of the elongated member by providing sufficient space between the needles and a barrel for suturing. The figure below illustrates the insertion of the elongate member and the barrel. 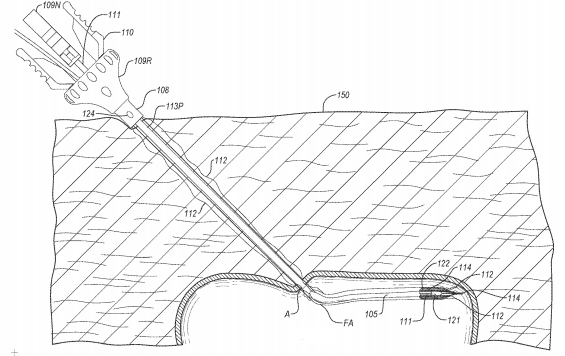 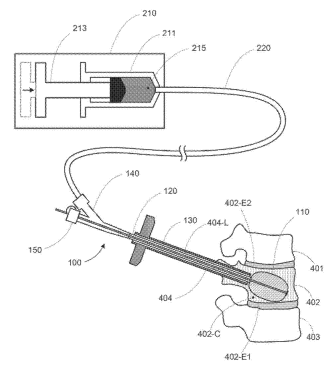 U.S. patent application, US20210230278, relates to antibodies that bind to HLA-A2/MAGE-A4, including multispecific antibodies e.g. for activating T cells. In addition, the invention relates to polynucleotides encoding such antibodies and vectors, and host cells comprising such polynucleotides that are used in the treatment of disease.

U.S. patent application, US20210233083, discloses a method for detecting out-of-pattern payment card transactions in automated teller machine (ATM) withdrawals that indicates an occurrence of macro-level fraud activity in the current transaction. The method includes analyzing the historical transaction data between the payment cards and the ATM, comparing the current transaction with certain thresholds, and alerting a technical response team when the thirty-minute rolling velocity of the transaction and usage of unique primary account numbers (PANs) exceed the threshold value.

Microsoft Files a Patent for an Intelligent Warning System

U.S. patent application, US20210228163, describes an intelligent warning system. The system determines a user’s distress level during a communication session by analyzing biometric signals and image data of the user. The system then forwards the user’s distress level to a remote user when the signals exceed a threshold value, thereby, enabling the remote user to assist the user in distress when the user is unable to communicate. The figure below illustrates a camera capturing the image of the user and a sensor analyzing the biometric data of the user. 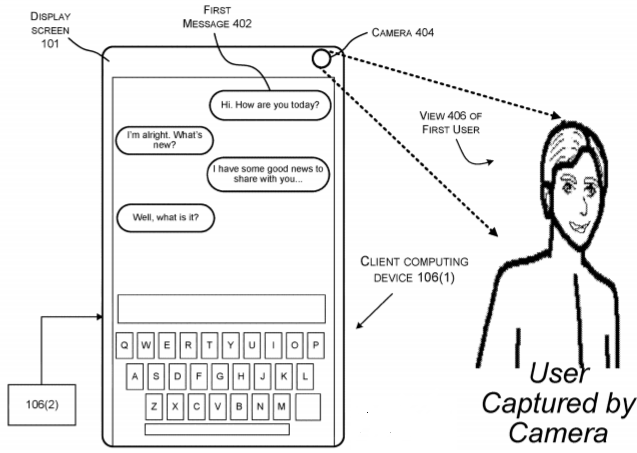 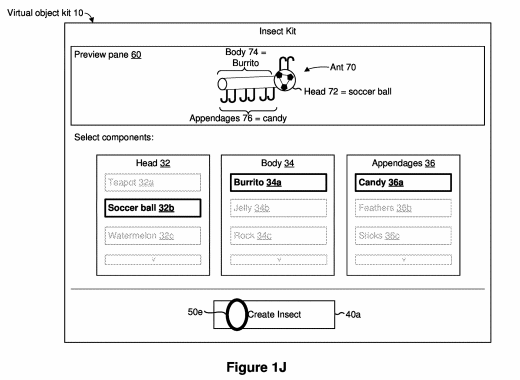 U.S. patent application, US20210232363, discloses a smart sensor configured to receive a voice input from a user, identify the user based on smart speech recognition, and perform a function in response to the voice input and user data associated with the identified user. The smart sensor also communicates with a cloud-based cognitive computing system to perform cognitive analysis on the voice input and the user data. The figure below illustrates a block diagram of the cognitive and interactive sensor-based smart home solution. 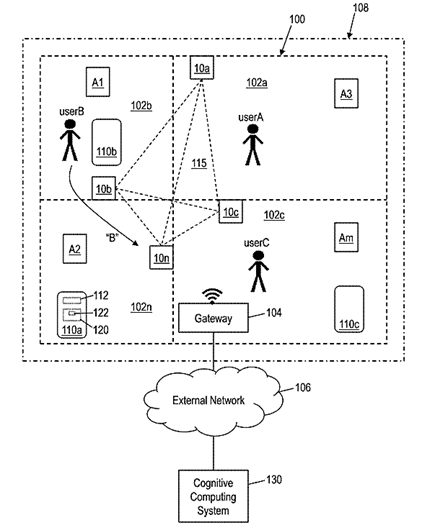 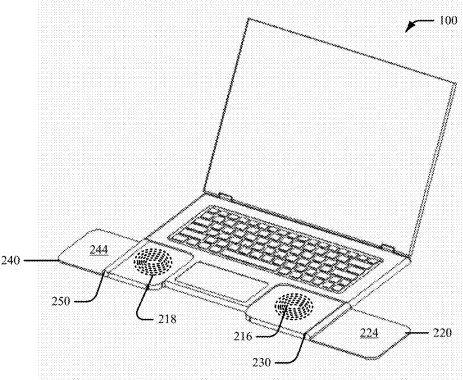