Medical device sterilization processes have always been essential in healthcare, but now they are assuming an even greater relevance in the context of the pandemic. An item is considered “sterile” based on a measured probability of sterility or sterility assurance level (SAL) of the item. SAL is defined as the probability of a single viable microorganism occurring on a product after sterilization and is expressed as 10−n.

Medical devices that come under contact with body tissue or fluids are considered critical items for sterilization. A variety of medical devices, equipment and surfaces including personal protective equipment (PPE), syringes, surgical kits, catheters and ventilators are sterilized prior to use. Sterilization of medical devices can happen at the manufacturer’s facility, at a contractor’s facility, or even in the healthcare facility (point-of-care). The common sterilization methods for a medical device include heat, steam, radiation, or low-temperature sterilization technology including vaporized hydrogen peroxide, hydrogen peroxide plasma, ethylene oxide (EtO) gas, and other gases.

Ethylene oxide (EtO) is a highly reactive, toxic and flammable gas that has been used for sterilization by the medical device industry for fifty years and for industrial use for nearly 90 years. It is a known environmental pollutant and carcinogen that can have several adverse effects on humans. Despite the risks, EtO is used widely in the medical device industry contributing to the sterilization of more than half of all medical devices. One of the reasons for the dominance of traditional sterilization techniques in industrial processes, and EtO in particular, is the regulatory complexity and costs associated with manufacturing and marketing the product. It is particularly suited for ambient temperature sterilization of delicate materials that are sensitive to heat or moisture. FDA ran a pilot program in 2019 to encourage alternatives and for reducing EtO emissions in existing processes.

There is a need to identify new, alternatives, improvements, or replacements to existing sterilization processes to ensure the health and environmental concerns are met while achieving the desired level of sterilization in medical devices. 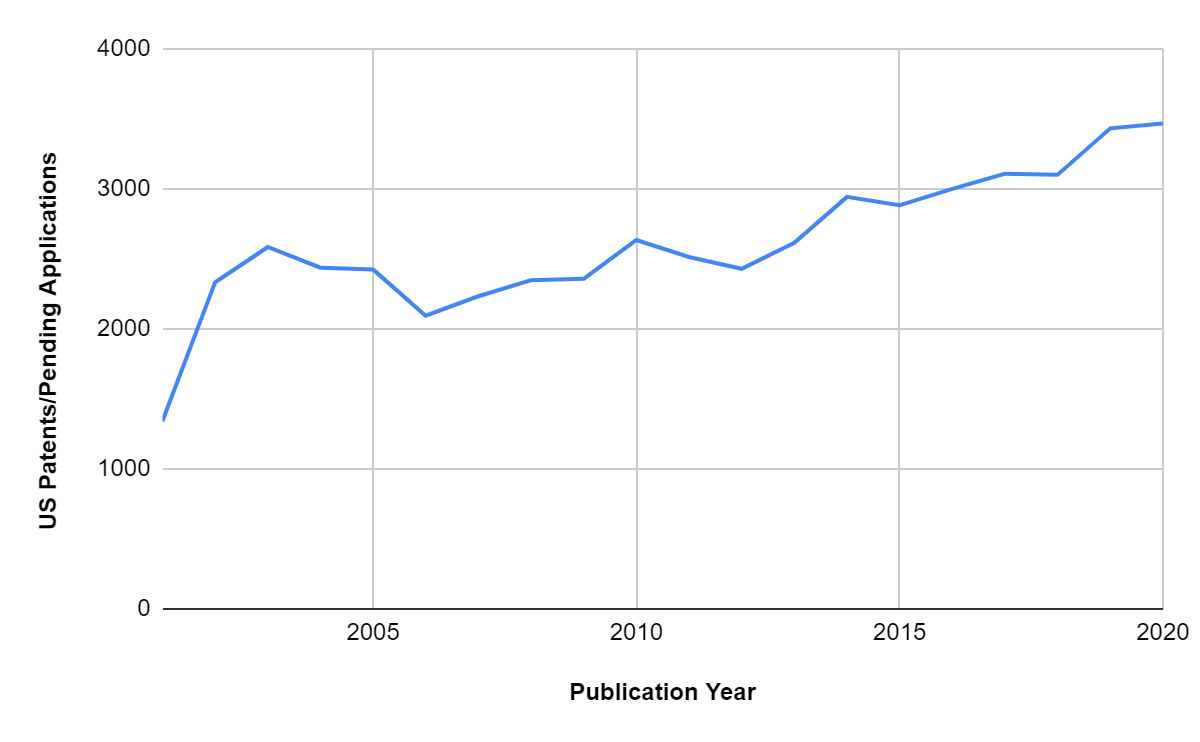 A search for U.S. patent filings related to medical device sterilization reveals that the number of publications is on the rise after 2018. Patent assignees include sterilization equipment and consumables manufacturers, medical device companies, biotechnology and pharma companies, startups and universities. The patent landscape also revealed the diversity of healthcare equipment, parts and containers that are covered in the patent and the various solutions for sterilizing them including, traditional and non-traditional modalities. A focused landscape study can inform us of the investment risks associated with a process while also identifying potential whitespace for the R&D teams. 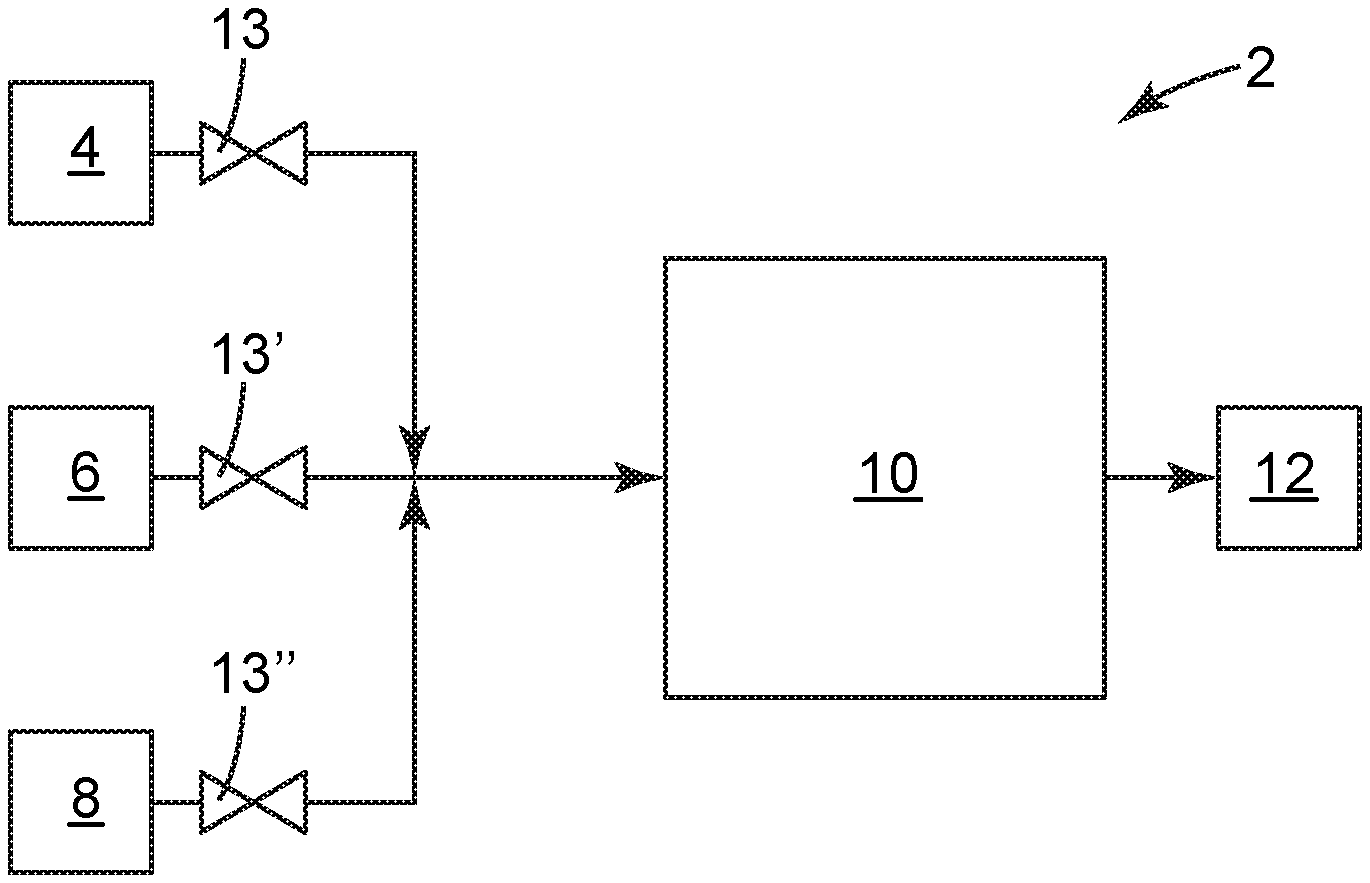 US20210093739A1 titled “Disinfection System and Methods Using Nitric Acid Vapor” and assigned to 3M Innovative Properties, describes a disinfection system (2) for medical articles such as a device, instrument or dressing. The system is made of an enclosed chamber (10) and a source of a disinfecting vapor (6) connected to the enclosed chamber. The disinfecting vapor includes nitric acid and optionally other gases configured for achieving a reduction in colony forming units of the contaminated article. The contaminated article may be contaminated with a bio-film. The nitric acid may be removed from the disinfecting vapor using a device (12) incorporating adsorbent materials. 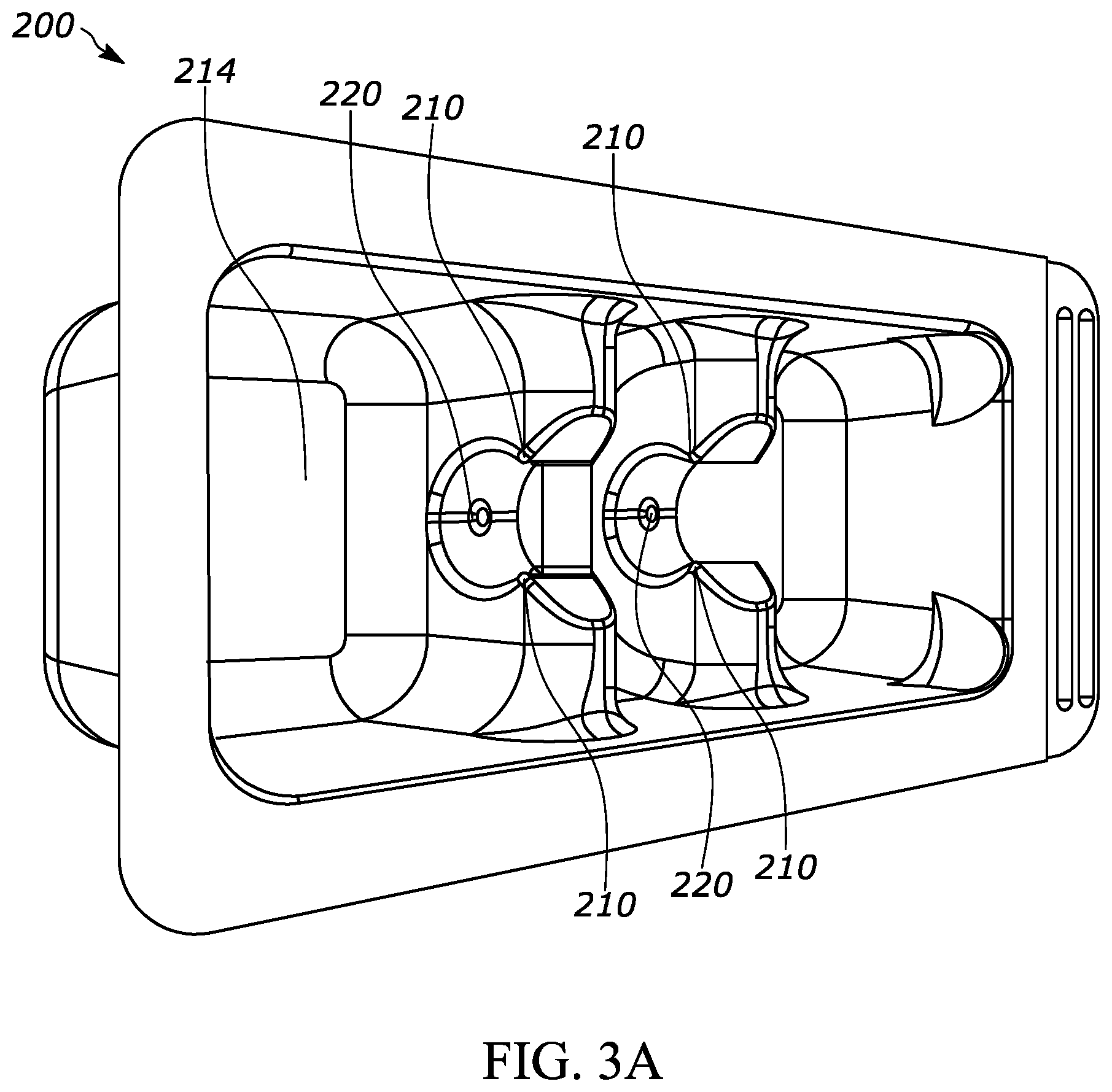 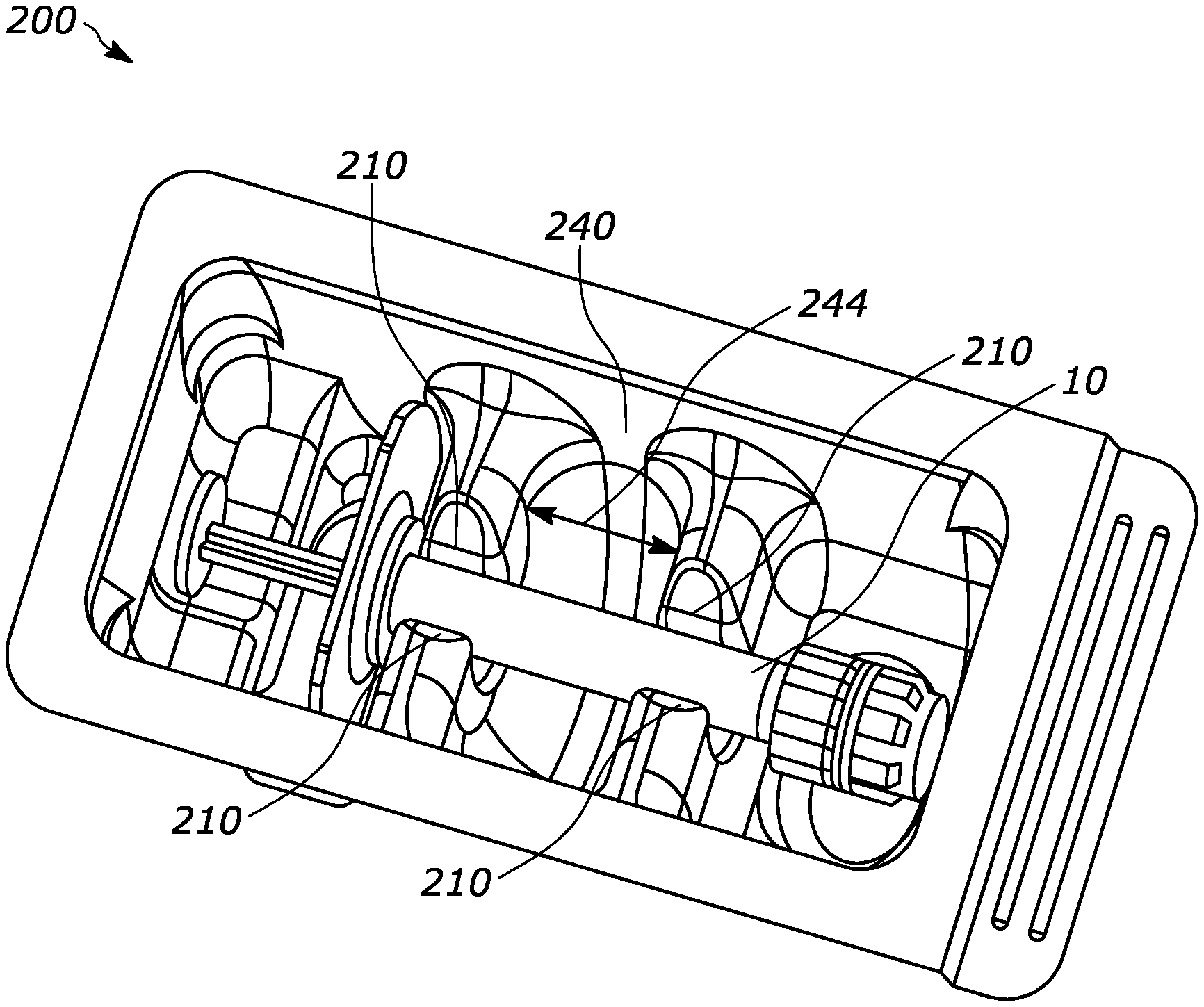 US20210077645A1 titled “Methods for External Sterilization of Drug Delivery Device” assigned to Amgen specifically addresses the issue of external sterilization of devices. Sterilization of drug delivery devices may occur at several stages in the assembly process, including pre-fill stages and post-fill stages. External sterilization typically occurs after the pre-filled syringe has been filled, fully assembled, and located in at least some portion(s) of its final packaging. The application describes repeated use of Nitrogen Dioxide (NO2) having a concentration of between 2 and 20 milligrams per Liter in a sterilization chamber with the drug delivery device (10) under 10 to 600 Torr pressure for 2 to 20 minutes followed by aeration. 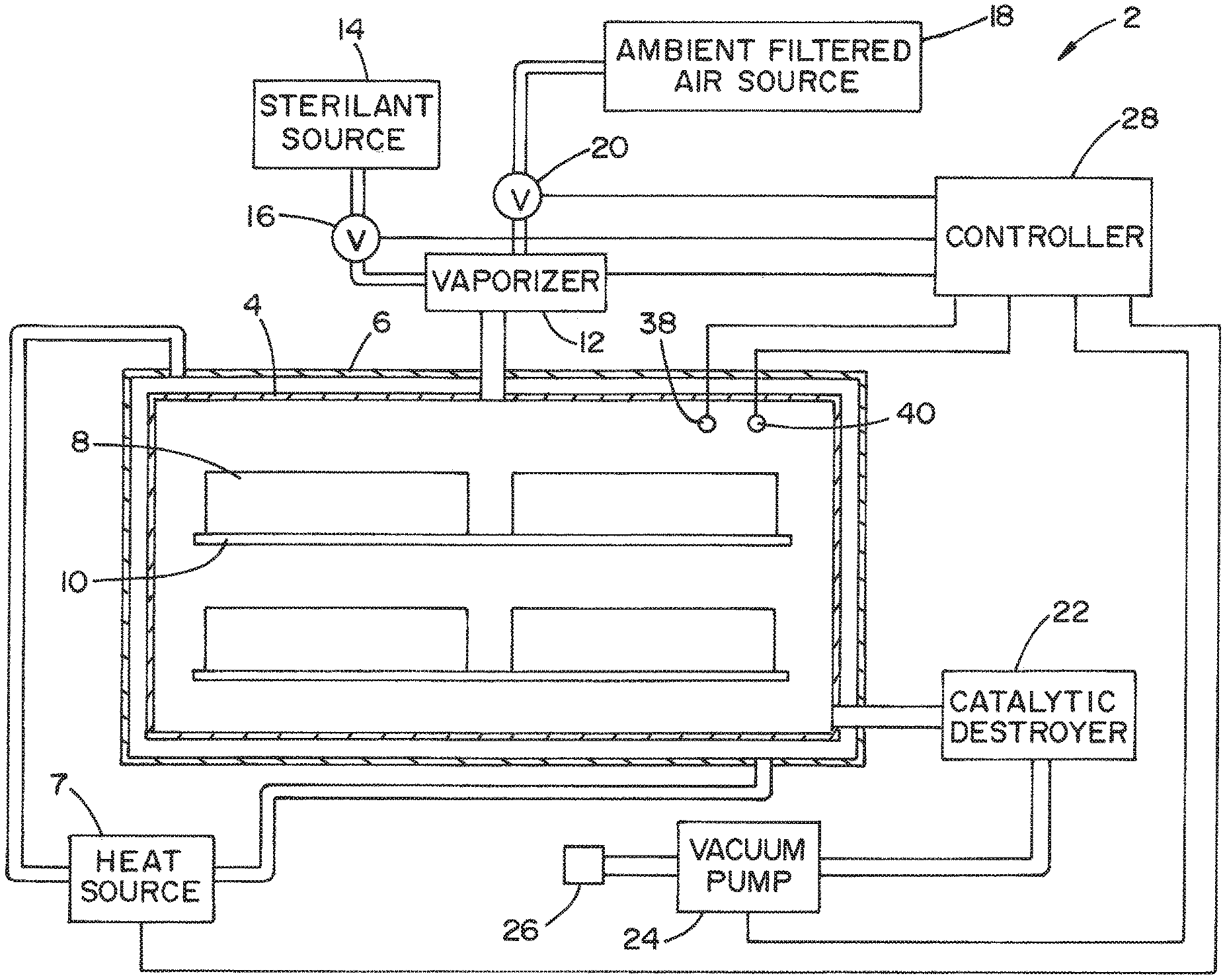 US20210069364A1 titled “Apparatus and Method for Sterilizing Material”, assigned to American Sterilizer company, describes a method of using sterilization equipment with a sterilizing chamber for receiving the material that receives the vaporizer from a source (14) supplying a suitable gas such as vaporized hydrogen peroxide. The residuals of the vaporized sterilant absorbed or adsorbed by the material during the sterilization cycle are removed by aeration pulses and vacuum pulses configured to be activated by a controller (28). 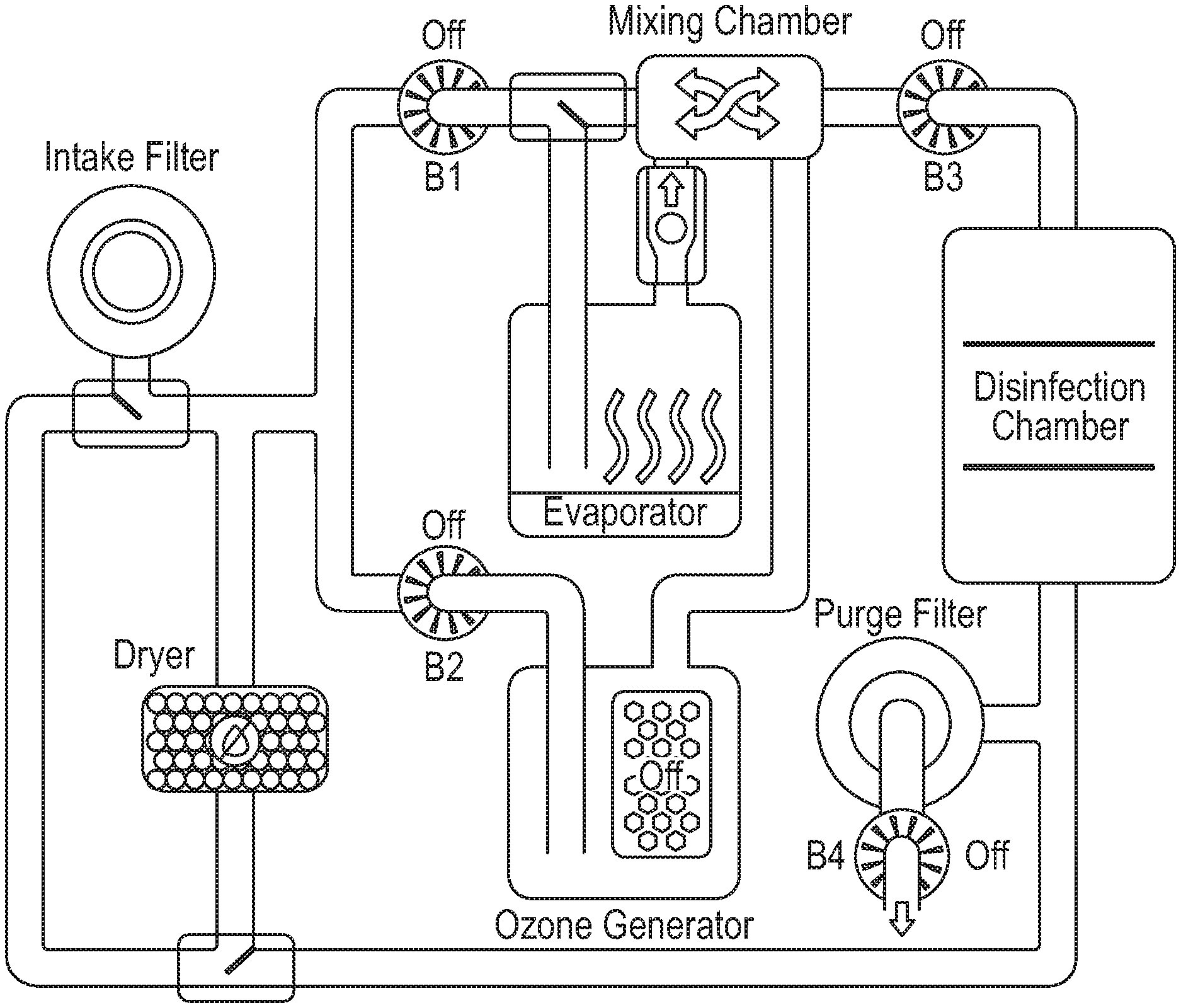 US20210023250A1 titled “Devices, Systems, and Methods for Sterilization, Disinfection, Sanitization and Decontamination”, assigned to Sterifre Medical, describes a system with a chamber defining a region, and a plasma generator for creating a free radical effluent with reactive oxygen, nitrogen, and other species and/or a vaporizer for hydrogen peroxide. A closed loop circulating system without a free-radical destroyer is provided for supplying the mixture of free radicals from the generator mixed with the hydrogen peroxide solution in the form of the effluent to the chamber. The system is used in sterilizing, disinfecting, sanitizing, or decontaminating items in the chamber or room and, with a wound chamber, in treating wounds on a body. 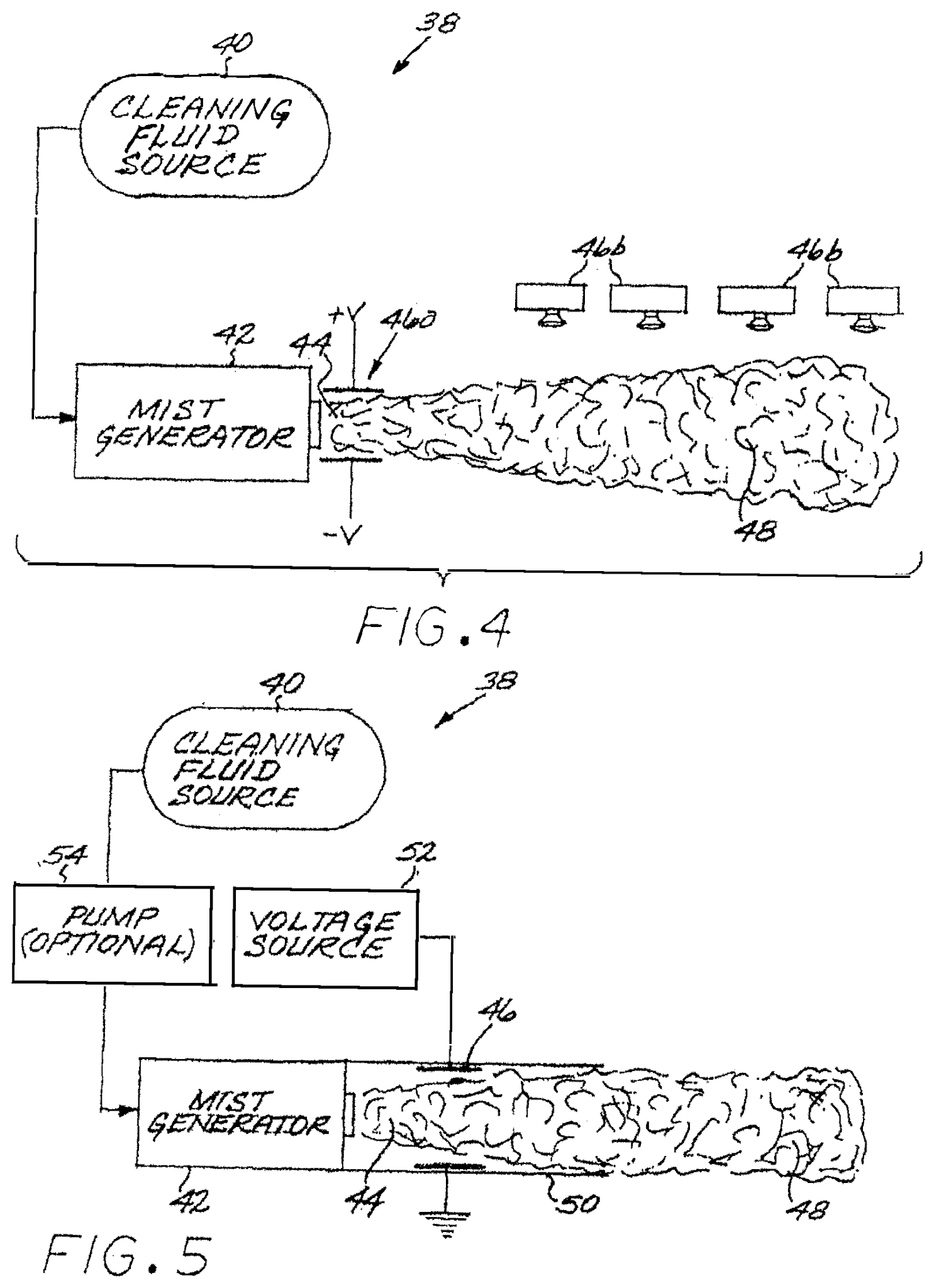 US20210069360A1 titled “Decontamination Device and Method Using Nonthermal Plasma Actuator” describes decontaminating substantially enclosed environments by using ultrasonic cavitation of a cleaning fluid to produce a low pressure, low air flow mist that can be activated by a nonthermal plasma actuator to create a cloud of activated hydroxyl species from hydrogen peroxide with the capacity to decontaminate articles, open surfaces or substantially enclosed spaces of pathogens, including bacteria, and other pathogenic microorganisms. The cleaning fluid is silver-free, chlorine-free and peracetic-acid free. 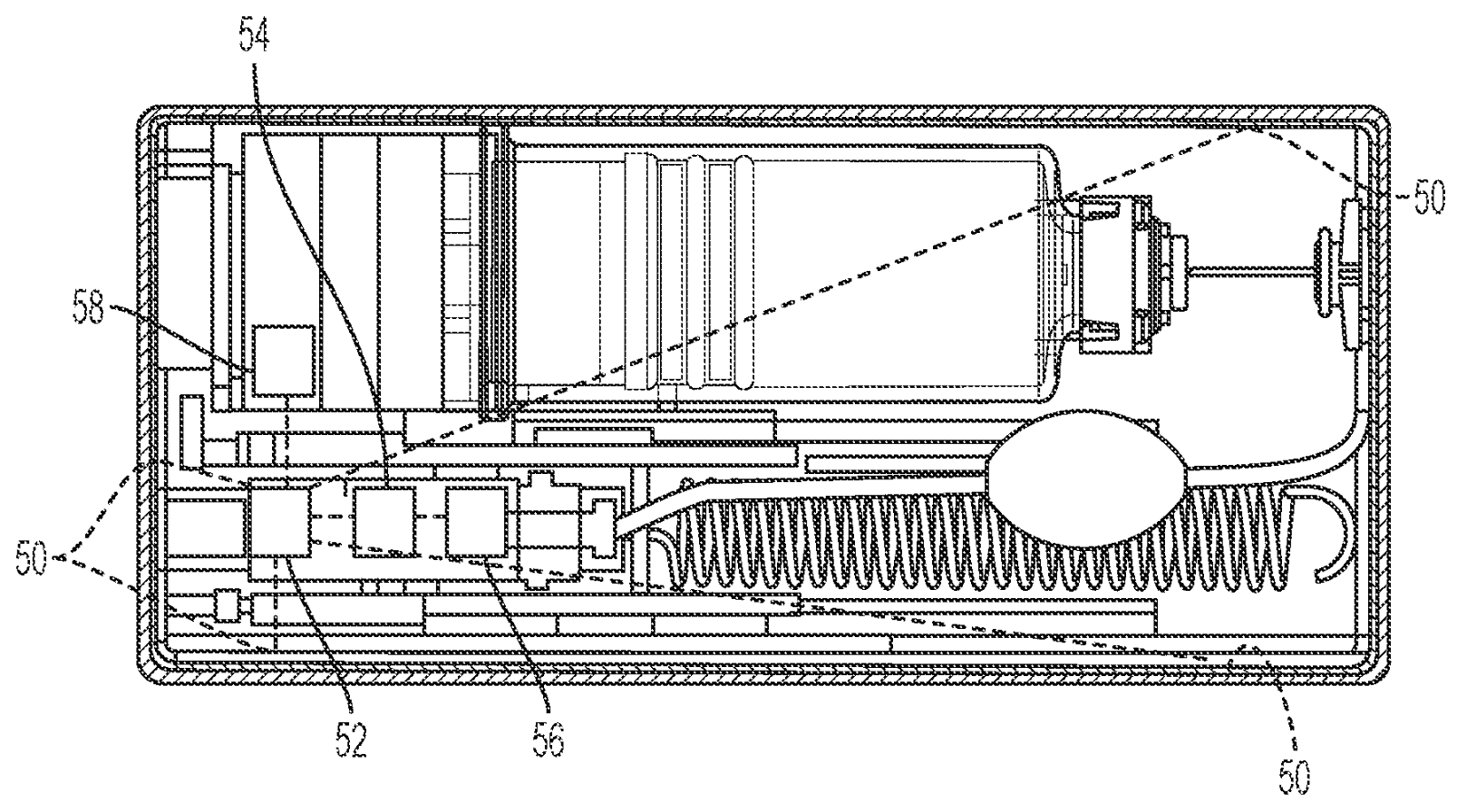 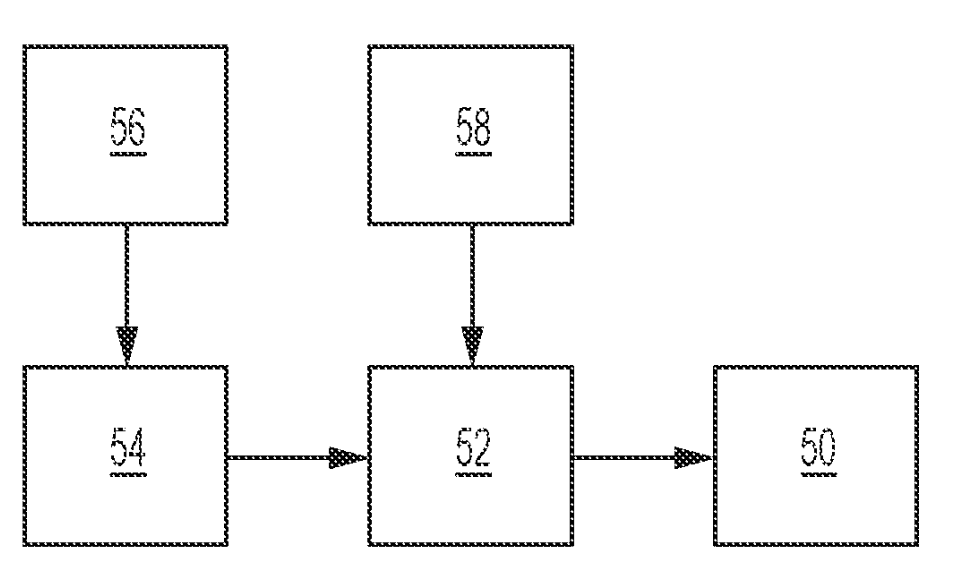 US20210138147A1 titled “Sterilization Arrangement for Drug Delivery Device” assigned to Becton Dickinson describes a drug delivery system for injecting a medication. The device includes a built-in radiation sterilizer. A light source (50) such as ultraviolet (UV) connected to a power source (52), magnet (56), sensor (54) and timer (58) sterilizes the inner components of the drug delivery system to remove contaminants. 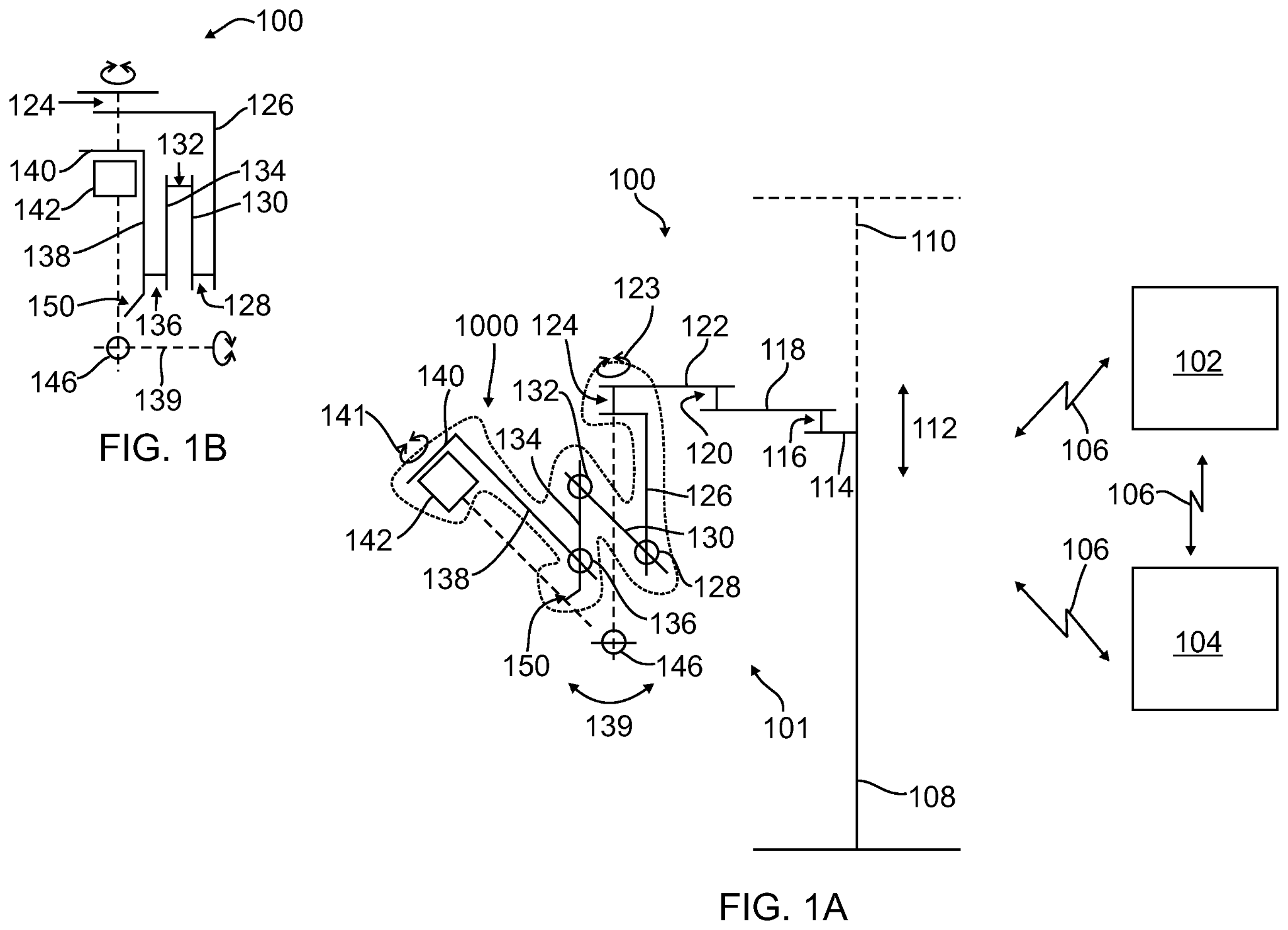 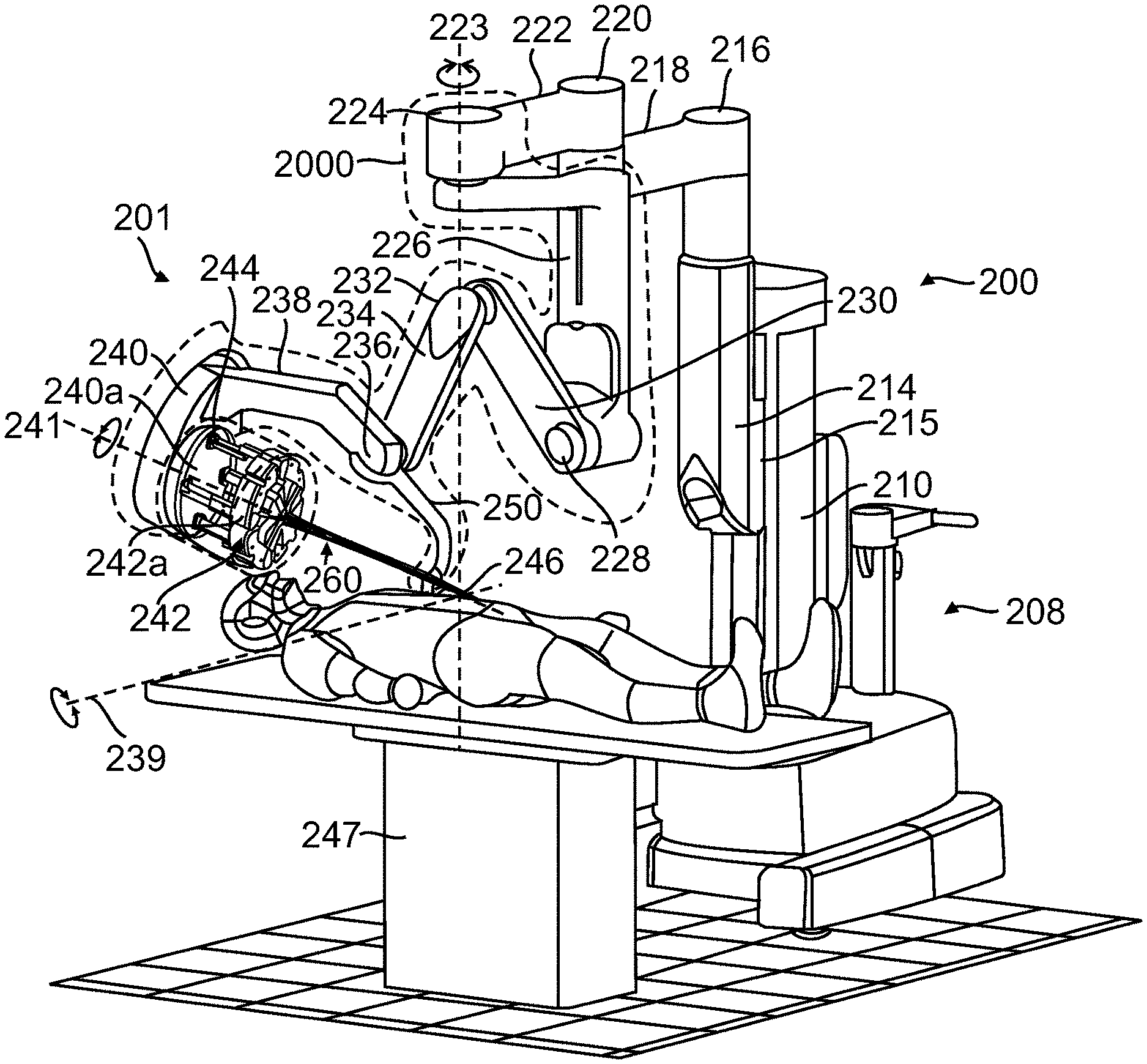 US20210085411A1 titled “Surgical System Instrument Sterile Adapter” assigned to Intuitive Surgical Operations addresses the problem of contamination and need for sterilization in robot-assisted surgeries. The electronic equipment needed for robotic control cannot be sterilized using conventional methods such as steam/heat/pressure/chemicals as it might result in damage. A sterile drape (1000/2000) is used in the patient-side support system (100) to cover the surgical manipulator (101/201) and maintain sterility during a procedure while allowing for instrument exchange. The drape includes sterile adapters placed at a distal end of a corresponding drape sleeve via a rotable seal. The sterile adapter includes a housing configured to receive a distal face of an instrument manipulator having a plurality of manipulator actuator outputs, a membrane interface at a distal end of the housing that includes a plurality of actuator interfaces, and a pair of supports coupled to the housing to retain a surgical instrument having a plurality of instrument actuator inputs.