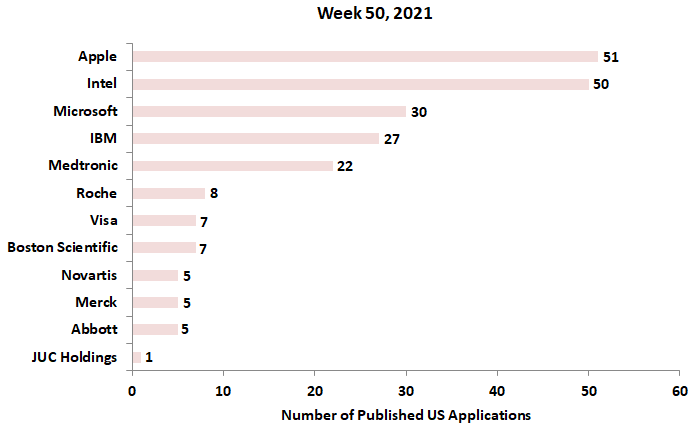 U.S. patent application, US20210392314, discloses a vehicle terrain capture system to simulate a three-dimensional (3D) image of a terrain. The system comprises a vehicle to traverse the terrain having a geocoding detector to identify coordinate reference data; a capture module having a two-dimensional (2D) RGB digital camera to capture 2D digital images of the terrain; and a digital elevation capture device. The system identifies a key subject point in the 2D digital images and displays a multidimensional digital image/sequence. The figure below shows an automobile with a capture device(s) to capture a dataset of the terrain of the scene. 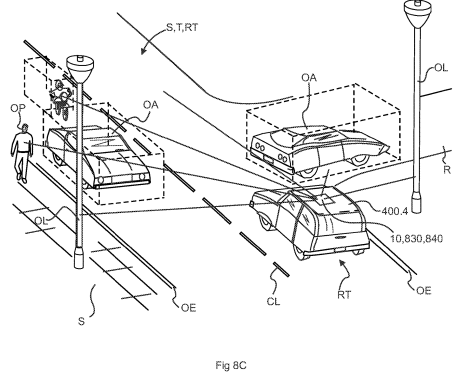 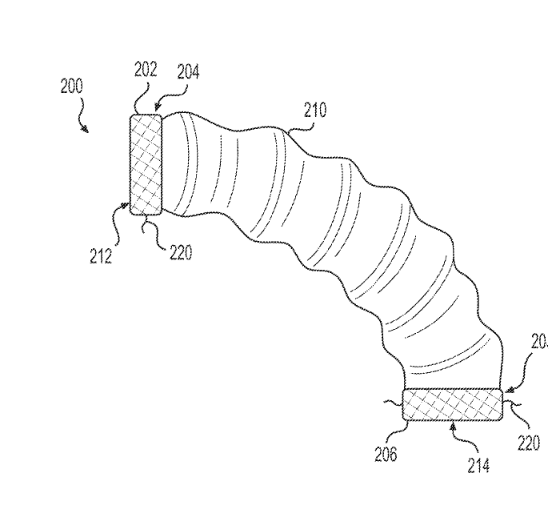 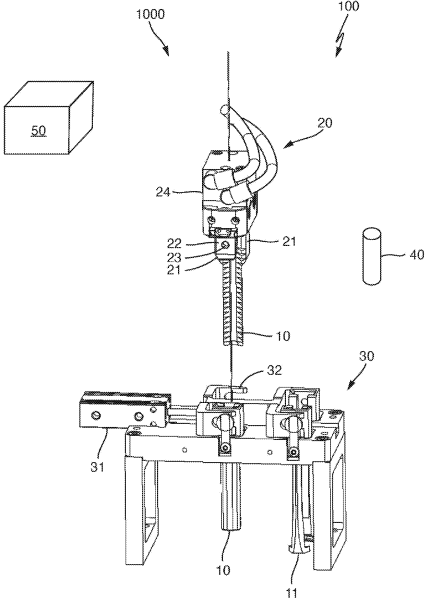 Merck Aims to Patent a Combination for Treating Cancer

U.S. patent application, US20210386826, discloses a method for cancer therapy by administering a combination of a PD-1/PD-L1 axis inhibitor, a CD-122-biased cytokine agonist, and an anti-androgen or a pharmaceutically acceptable salt to a subject. The PD-1 axis binding antagonist is effective to enhance T cell cytolytic activity. The figure below shows proxalutamide, an androgen receptor inhibitor.

U.S. patent application, US20210386388, discloses a line scanner imaging device for imaging an entire human spine. The device includes a wheeled base, a trolley having a base portion that is slidably connected to an elongate track and a rotatable upper portion, a C-shaped arm rotatably supported by the trolley, a source and a detector fixedly secured to the C-shaped arm. The figure below illustrates a line scanner. 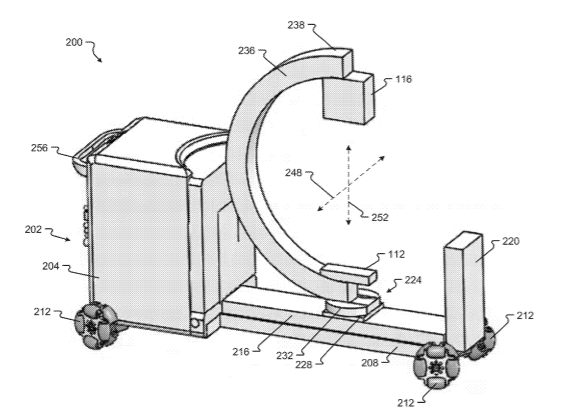 Abbott Seeks a Patent for an Analyte Monitoring Device 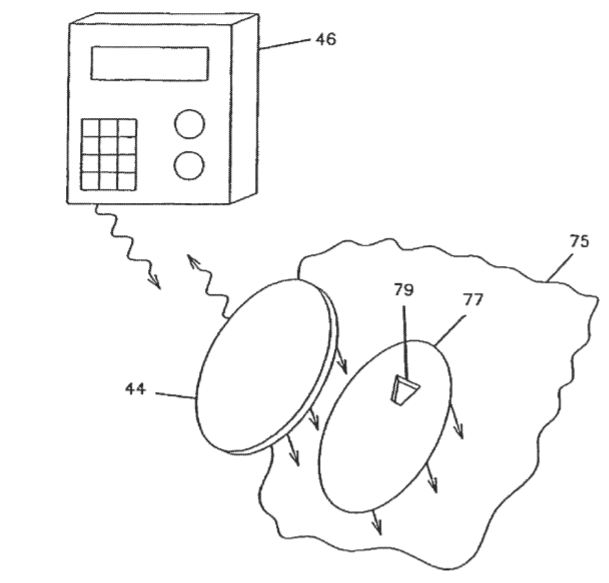 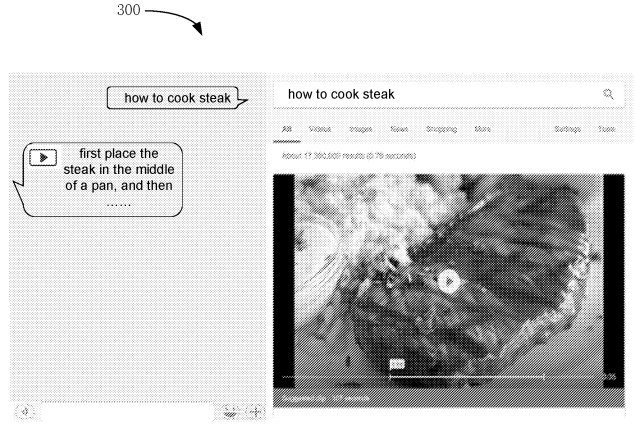 U.S. patent application, US20210390762, discloses a system for providing augmented reality and virtual reality (VR/AR) environment information. The system selectively suppresses and enhances VR/AR renderings of n-dimensional environments. The system deepens a user’s VR/AR experience by focusing on particular feedback information while suppressing other feedback information from the environment. The figure below illustrates an example of a VR/AR-enhanced user experience with sound sources located in a focus area and a non-focus area. 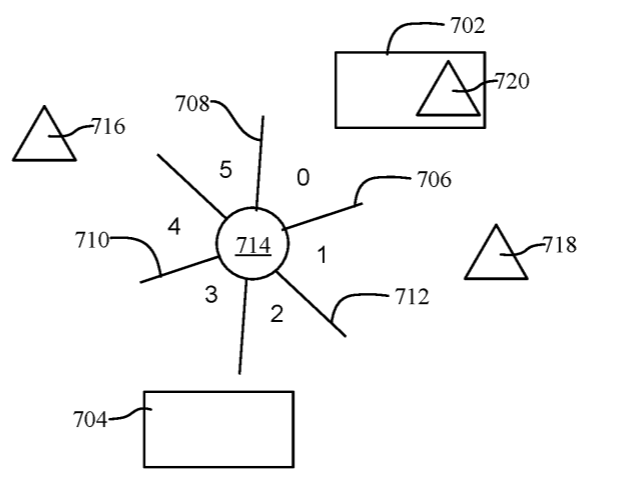 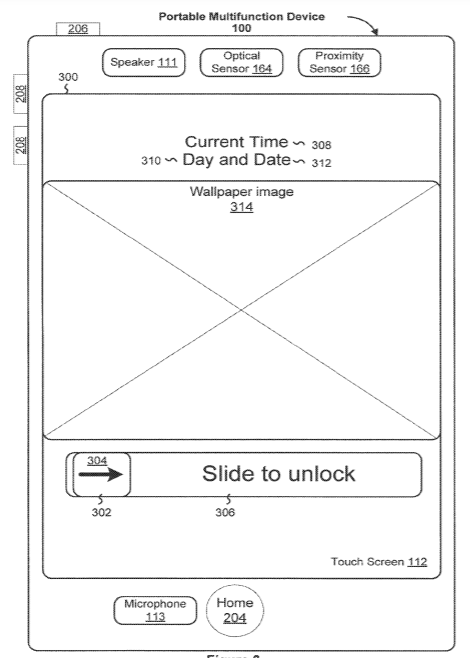 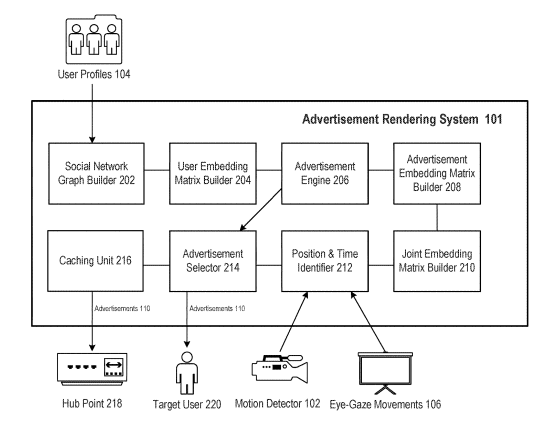