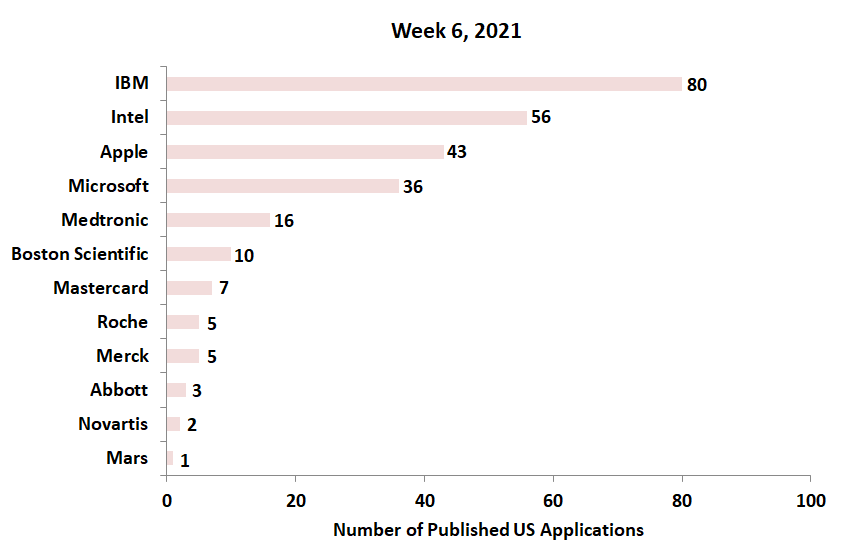 U.S. patent application, US20210037860, discloses a method for treating peanut powder to reduce the concentration of aflatoxin B1 in peanuts. The method includes grinding peanuts to produce peanut powder and exposing the peanut powder to an ozone-rich environment. The illustration below depicts an ozonolysis treatment process. 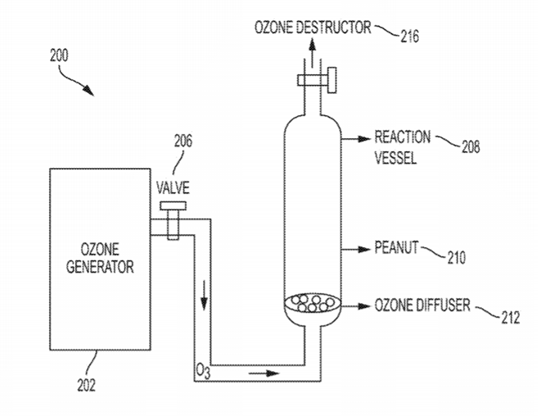 U.S. patent application, US20210038204, a device for navigating to a targeted biopsy region such as the lungs. The device includes an elongate shaft, an inflation lumen, a vacuum lumen, an inflatable balloon, and an ultrasound transducer with a power and control unit that are positioned at the shaft’s distal end. The figure below shows a method of using the ultrasound transducer by the biopsy device. 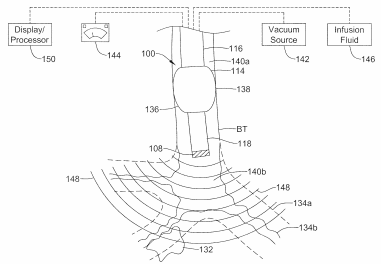 Merck Files a Patent for a Metformin Preparation Process

U.S. patent application, US20210040035, relates to an improved process for the preparation of metformin hydrochloride for treatment of Type II Diabetes, where the process is capable of avoiding the use of organic solvents, and does not require the addition of metformin HCl in equimolar amounts.

U.S. patent application, US20210038137, discloses an insertion device for transcutaneous positioning of an in-vivo glucose sensor. The device includes a sheath defining a distal surface for placement on the skin of the subject, a movable handle, a sensor support, and two sharp supports. The figure below illustrates the glucose monitoring system for real time measurement, data acquisition and processing. 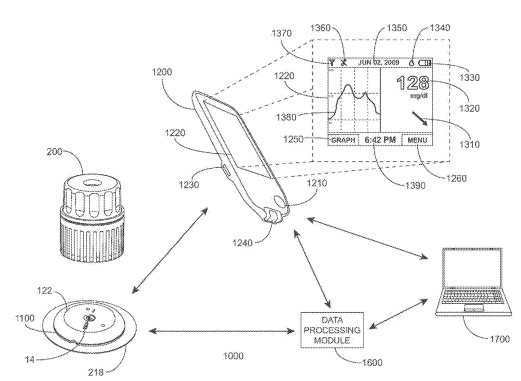 U.S. patent application, US20210040205, discloses a method for treating cancer through the parenteral administration of anti-CD32B antibody molecules in combination with an immunomodulatory compound. 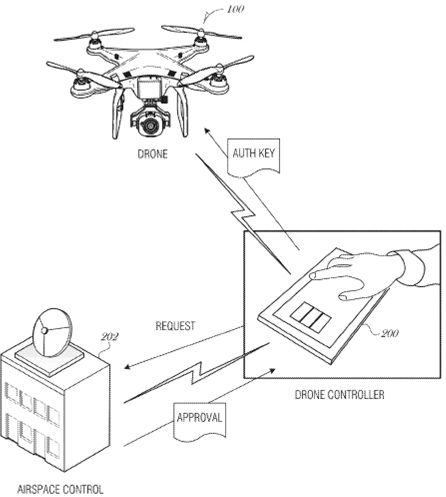 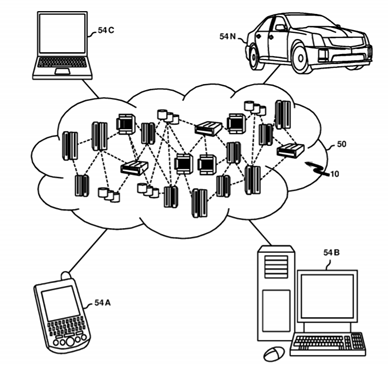 U.S. patent application, US20210044559, describes a method for recommending the list of groups of a chat application based on a monitored activity of a user communicating in a group. The higher ranked groups are displayed above the lower ranked groups. The figure below illustrates a ranked list of the chat groups based on the user activity. 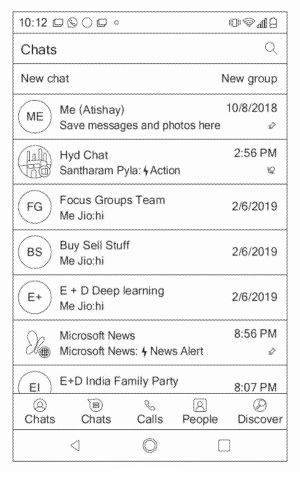 Apple Files a Patent for a 3-Dimensional Document Editing System

U.S. patent application, US20210042010, discloses a system that includes a virtual reality device and an input device for three dimensional editing of a document. The system allows a user to make gestures while entering text to specify 3D effects in the document, monitors the entries, applies rules to detect particular types of entries, and automatically shifts the detected types of entries on the Z-axis relative to the rest of the content in the document. The figure below illustrates the system. 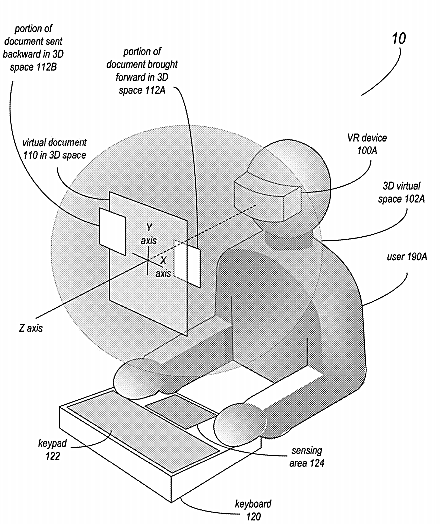