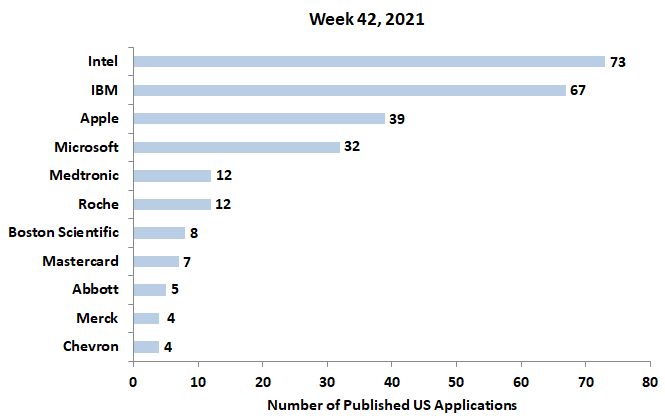 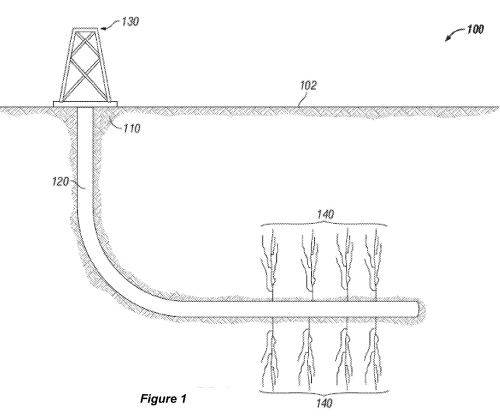 Boston Scientific Files a Patent for an In-Vivo Visualization System 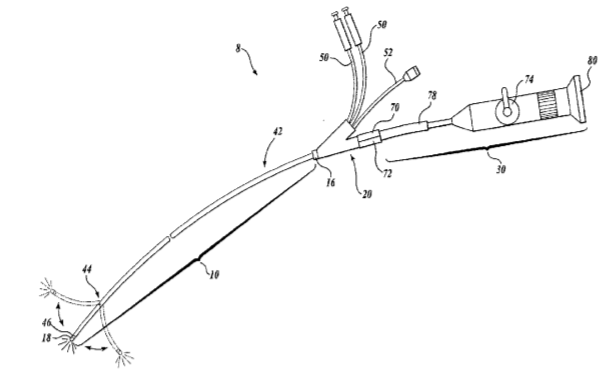 U.S. patent application, US20210322758, discloses an implantable controller for an implantable medical device (IMD). The controller includes a metallic housing having processing circuitry to control the operation of the IMD, an aluminum encasement, and a piece of graphite (annealed pyrolytic graphite) to spread the heat released by the internal electronics of the controller. The figure below depicts a patient with a fully implantable blood pump with the controller.

Merck Files a Patent for an Anti-RSV Antibody Formulation

U.S. patent application, US20210324052, relates to stable formulations with antibodies or antigen-binding fragments that bind to the respiratory syncytial virus (RSV), where the formulation comprises a) an anti-RSV antibody or antigen-binding fragment thereof, b) buffer; c) a stabilizer selected from the group consisting of: non-reducing sugar, L-arginine, or a mixture of the amino acids, a chelator; d) a non-ionic surfactant; and e) an antioxidant. 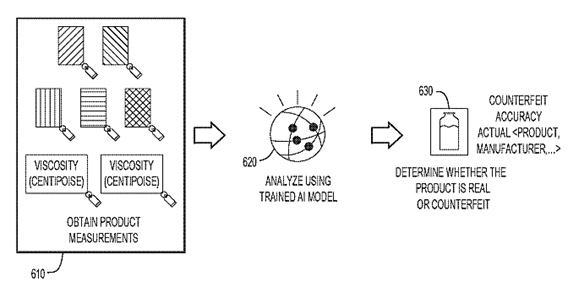 U.S. patent application, US20210328327, discloses an electronic device having phased array antennas that radiate through a display. The display includes a display module configured to emit light through a display cover layer and a filter formed from conductive structures within a conductive layer. The filter is configured to pass electromagnetic signals within a frequency band of 10 GHz to 300 GHz. The figure shows the display module with the filter for passing radio-frequency signals from phased array antennas. 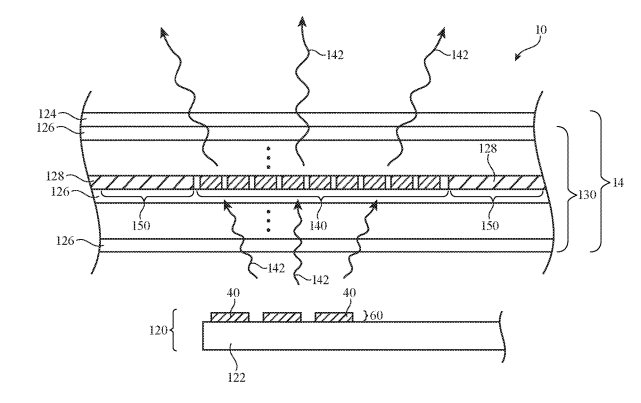 U.S. patent application, US20210327394, discloses a method for adjusting the brightness of a display of an electronic device. The method includes identifying the presence of a user’s face relative to the device based on image data and applying a brightness adjustment rule to adjust the brightness of the display from a first setting to a second setting after a first time interval based on a correlation of the detected presence of the face and a first device interaction event. The figure below illustrates adjusting display characteristics based on user presence. 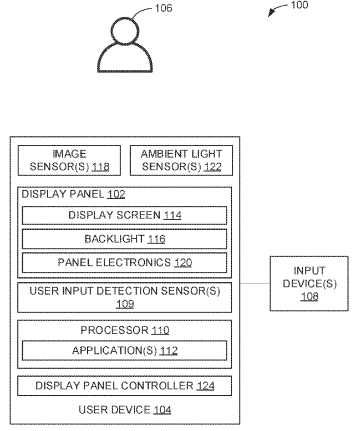 U.S. patent application, US20210326093, discloses a method for multi-device pairing to form a combined display. The method includes recognizing a first input gesture partially based on touch screen inputs and pairing the first and second mobile devices. The method further includes recognizing a second input gesture as a request to display a split-screen view of an object when the mobile devices form a combined display when positioned proximate to each other. The figure shows gesture recognition in multi-device pairing. 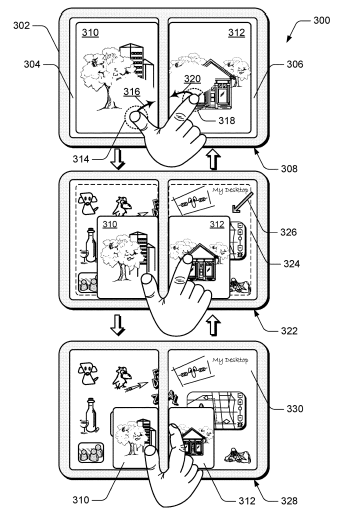