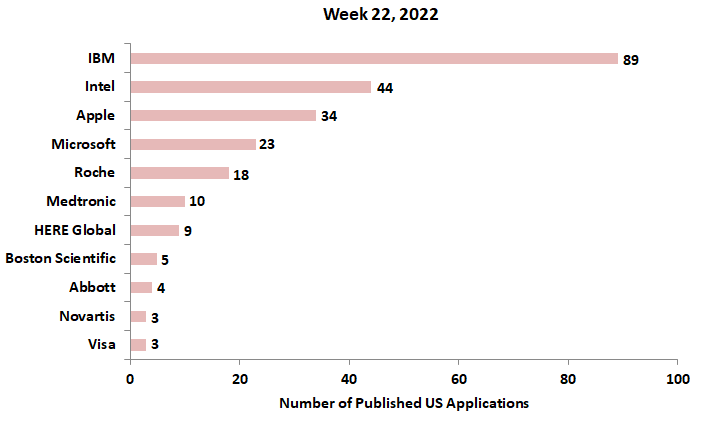 U.S. patent application, US20220172614, discloses an approach for determining map improvements based on detected accidents. The approach involves determining that a vehicle was involved in an accident, receiving a report indicating map data configured in the vehicle at the time of the accident, and determining an association between the configured map data and the accident. The association and at least one map change to the configured map data based on the determined association are determined and transmitted to the vehicle, at least one other vehicle, the database, and/or the computing device. The figure below represents a system capable of evaluating, reporting, and handling an autonomous vehicle involving an accident and/or malfunction. 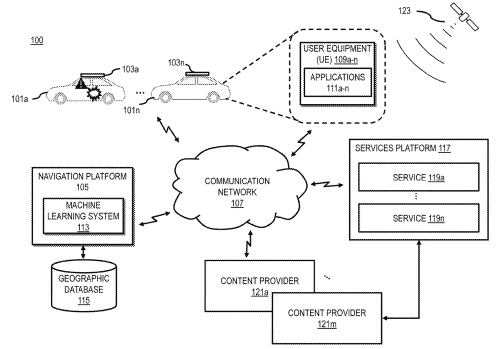 U.S. patent application, US20220168043, discloses a medical device for the treatment of cardiac tissue using high voltage energy for irreversible electroporation (IEP) ablation. The device includes a plurality of deployable arms, electrodes, and an electric signal generator programmed to deliver sufficient pulsed energy to induce IEP in the targeted cardiac tissue region. The figure below illustrates the medical system. 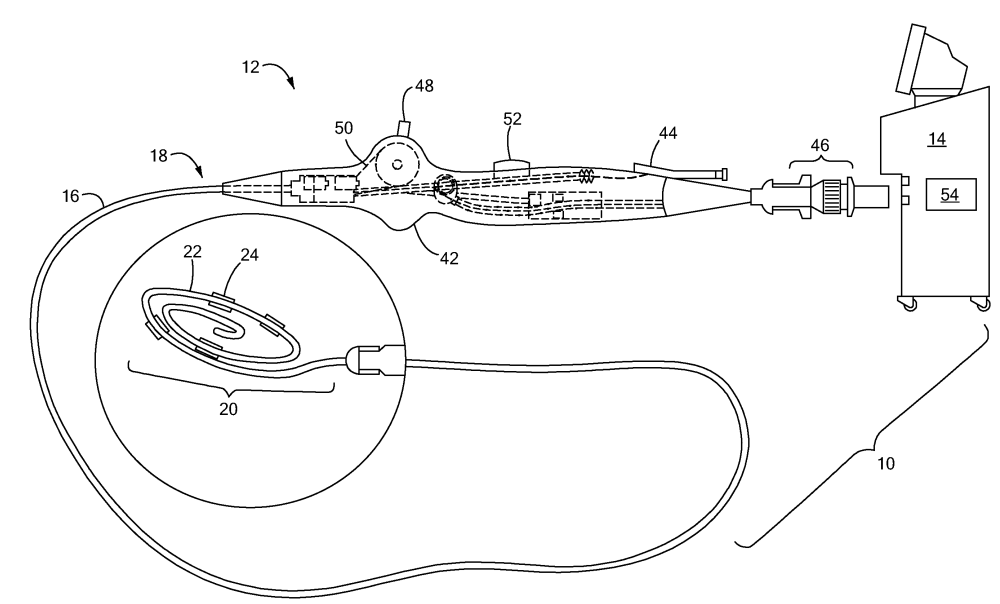 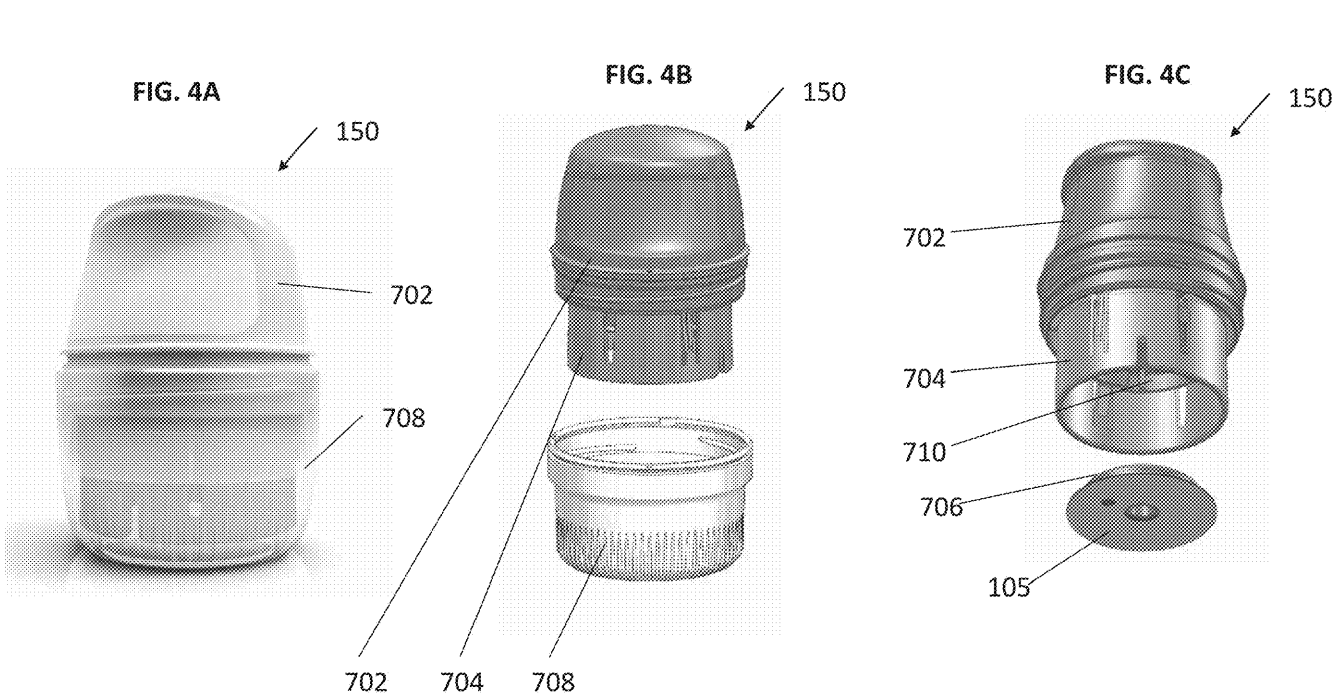 U.S. patent application, US20220167840, relates to a medical device that can be inserted into a body and allows a surgeon to visualize a region inside the body. The system includes an elongate member extending from a proximal end to a distal end, an imaging device, and a plurality of light sources positioned at the distal end of the elongate member. The figure below illustrates the proximal end of the endoscope. 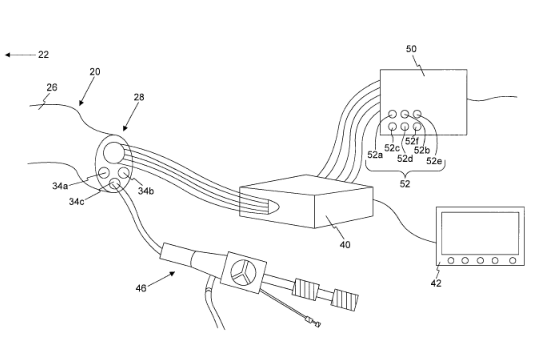 U.S. patent application, US20220172213, discloses a method for receiving payment account information associated with a user of a transit system and performing a risk analysis to determine a risk score based on certain parameters of the account information. The method includes determining whether the user is a high risk by comparing the risk score to a predetermined risk threshold, thus reducing the number of transit users having to be placed on a deny list.

U.S. patent application, US20220171469, describes a method for executing a single-handed micro gesture input assigned to positions along a length of a finger. The method includes analyzing the received hand tracking data by a gesture recognition machine, determining the location of the thumb tip of a user’s hand relative to the positions along with the finger, and selecting the micro gesture target based on the duration the thumb tip is at a particular position and executing the micro gesture target. The figure below illustrates the execution of the micro gesture input in an augmented reality environment by a user wearing a head-mounted display. 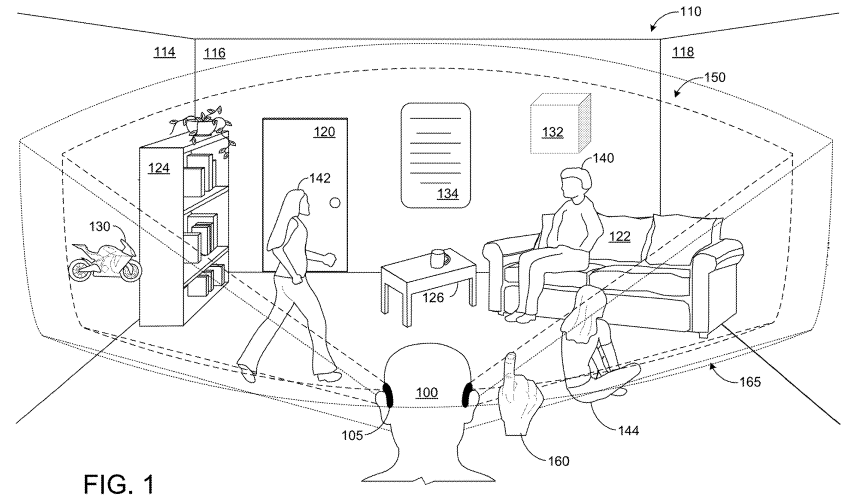 U.S. patent application, US20220172319, discloses an electronic device that provides a camera-based transparent display. The device comprises a camera and a display that have a first spatial relationship and presents an image of a scene captured by the camera on the display. The device determines a second spatial relationship between a viewpoint and the display, warps the image to obtain an image of the first portion of the scene based on the spatial relationships, and presents the warped image on the display. The warped image is substantially contiguous with a portion of the scene visible outside an edge of the electronic device from the viewpoint. The figure below illustrates displaying the warped image of a real environment. 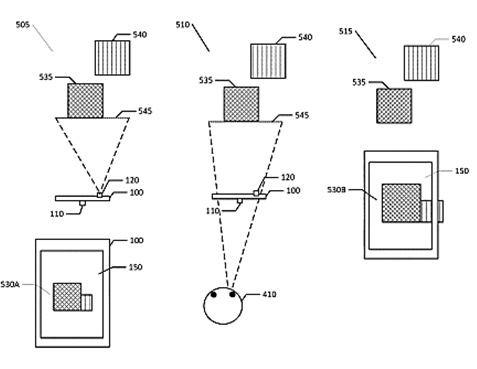 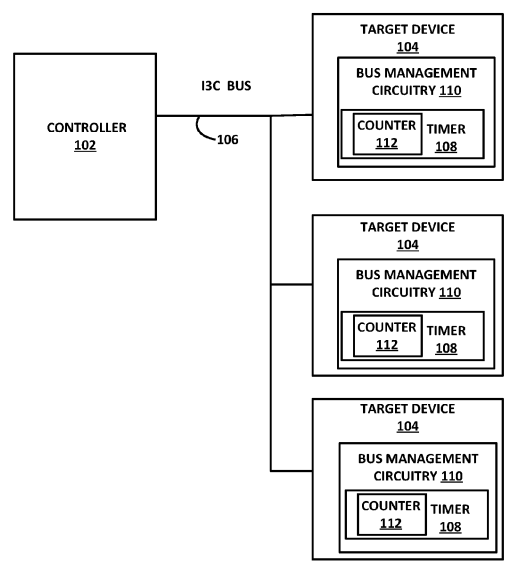