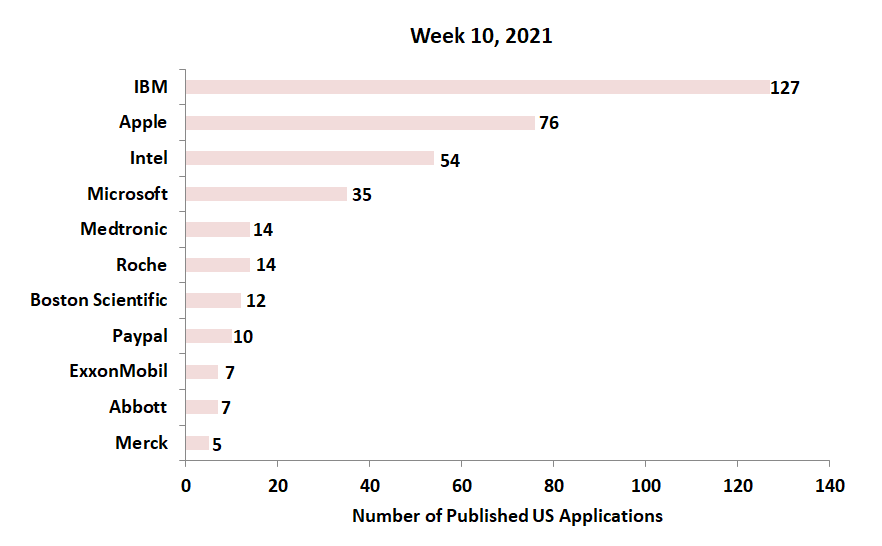 ExxonMobil Pursues a Patent for a Co-Axial Co-Current Contactor 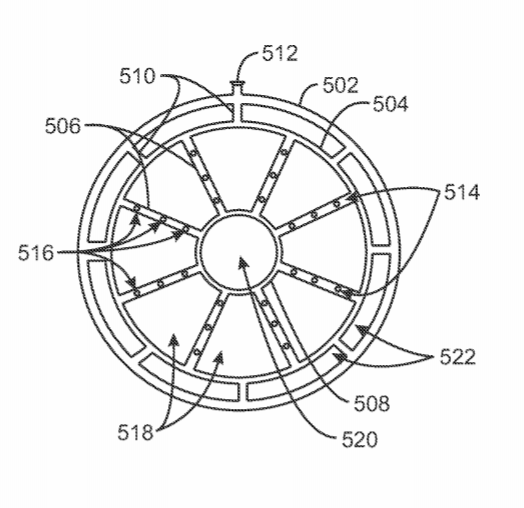 Roche Eyes a Patent for a PCR Smartphone Device

U.S. patent application, US20210069717, discloses a method for detecting a pathogen by using a polymerase chain reaction (PCR) in combination with a smartphone with a CPU, a power source, a display, a light source, and a camera. The figure below depicts the PCR unit. 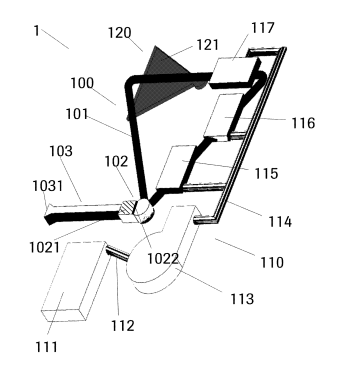 U.S. patent application, US20210072208, discloses a breath analysis system using a gas measurement device that senses specific chemical compounds for the early detection of diseases. The system includes fluid ports and gas sensors that output a unique sensor response for a particular mixture of gases in a sample as a pattern or fingerprint of that sample. The figure below shows the fluid analysis system. 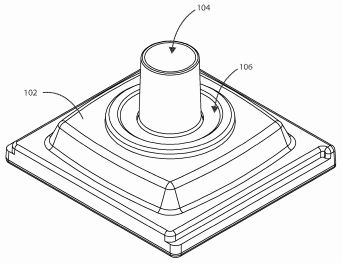 U.S. patent application, US20210068722, discloses an on-body device that includes a glucose sensor, an insertion sharp that supports the sensor configured to allow the sensor’s distal end to be placed under a user’s skin, and an electronics assembly that allows the sensor to communicate with a monitoring device. The figure below illustrates a receiver unit displaying the glucose levels detected by the on-body sensor device, over wireless communication. 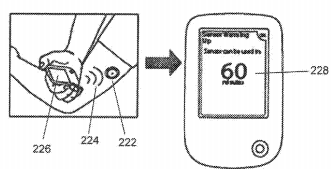 U.S. patent application, US20210074396, discloses an automated secure medical system that includes a smart card with a first password, a smart card reader configured to verify the first password and generate a second password. The system provides access to a patient’s personal health information, and generates a unique ID after successful verification of the second password. The figure below represents an example medical system.

U.S. patent application, US20210070745, relates to compounds that are useful as modulators of .alpha.7 nAChR, and the use of such compounds for preventing, treating, or ameliorating disease, particularly disorders of the central nervous system such as cognitive impairments in Alzheimer’s disease, Parkinson’s disease, and schizophrenia. The structure of the compound is illustrated below:

U.S. patent application, US20210075633, discloses a method for memory pool replication in a network interface. The method includes accessing and transmitting data in one packet to multiple memory nodes using a multicast identifier and causing an intermediate network device to multicast the packet to the multiple memory nodes. The figure below depicts the memory pool replication. 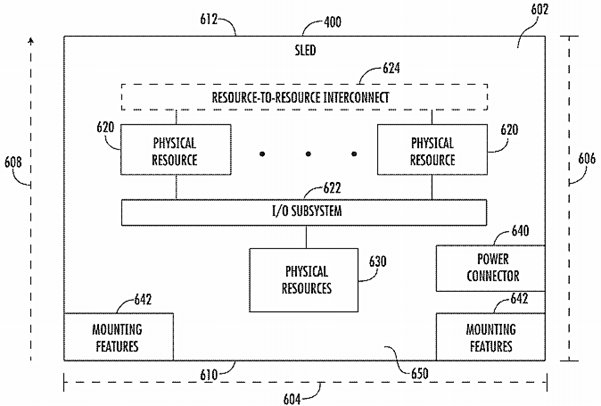 U.S. patent application, US20210068713, discloses a method for detecting swimming activities on a wearable device and monitoring performance during swimming activities. The method includes receiving motion data and classifying the motion as a swimming stroke type to accurately calculate user performance information. The figure below depicts the wearable device in context with a swimming person. 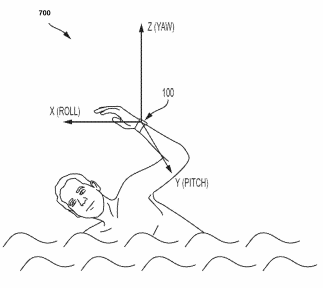