Visa invents a method for rapid activation and provisioning of credit cards. 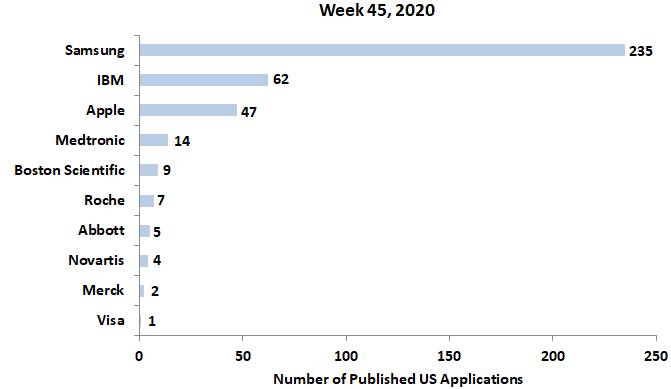 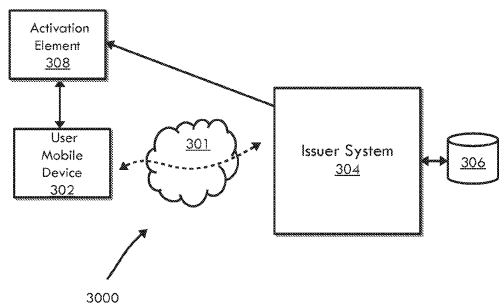 U.S. patent application, US0200346663, discloses a device that includes a communicator and a processor configured to determine whether an object in a driving environment is in a dangerous situation, determine a message type for notifying the object situation to the vehicle, and transmit a message through the communicator. The illustration below depicts the electronic device transmitting an emergency message. 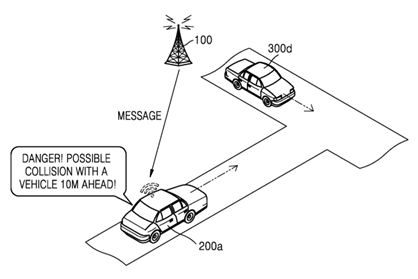 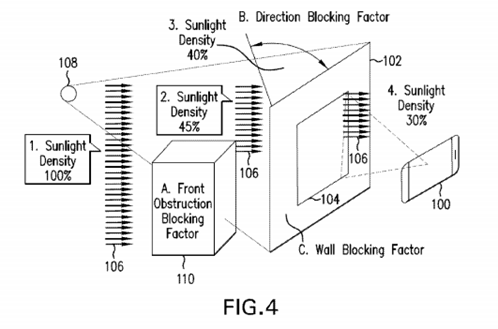 U.S. patent application, US20200345334, relates to a pulmonary endoscopy tissue sampling system that allows a medical professional to visualize the location of a biopsy needle and target tissue in real-time before the needle actuation. The figure below illustrates visualizing a target pulmonary nodule and tissue sampling. 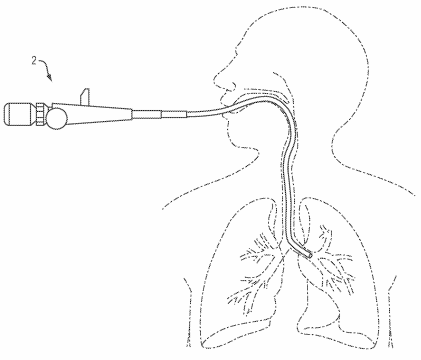 U.S. patent application, US20200345282, discloses a sensor system for monitoring in vivo glucose or lactate levels having an inserter device with a retractable introducer to insert a subcutaneously implantable electrochemical sensor. The figure below illustrates a commercial exemplary sensor inserter. 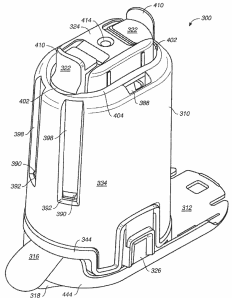 Medtronic Seeks a Patent for an Oral Patient Tracking Device 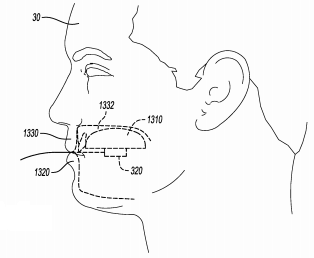 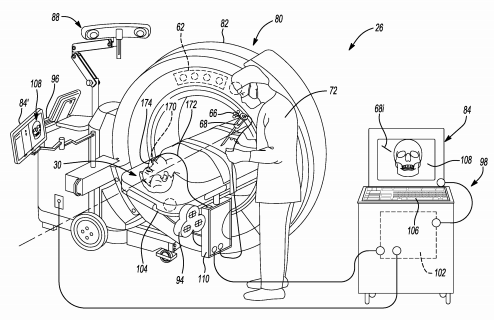 U.S. patent application, US20200347020, discloses methods of treating diabetes, obesity, hyperlipidemia, and inflammation-related disorders by administering substituted tetrahydroisoquinoline compounds to a patient. The compound has the below formula:

U.S. patent application, US20200347147, relates to a method of cancer treatment by parenteral administration of novel bispecific T-cell activating antigen binding molecules in combination with a pharmaceutically acceptable carrier molecule.

U.S. patent application, US20200345746, discloses a method of preventing Alzheimer’s disease through the oral administration of an oxazine derivative, beta-site-APP cleaving enzyme-1 inhibitor in combination with itraconazole or rifampicin.