One area that directly influences a buyer’s decision to purchase a foldable display device is the user interface (UI), particularly if it is easy to navigate and provides a better user experience.

U.S. Publication No. 20200225848 assigned to Samsung and titled, “Electronic Device and Method for Controlling Screen Displayed in Flexible Display which is Rollable”, focuses on detecting multi-touch gestures to interact with a user interface.

The disclosed method allows a user to touch a first display region displaying a first UI at two positions. Upon detecting the input at two points, the rollable display displays a second UI based on the first UI in the second region. The publication also discloses various other gestures, such as a drag gesture to either expand the first UI in the first region to a second region, or display additional information related to the UI object being pointed at the first input region.

While Samsung’s publication is focusing on multi-touch gestures, Huawei’s PCT publication number WO2020143408, titled “Display Method and Related Apparatus” is interfacing the user input of switching from one screen to the other when the device is folded for UI interaction. 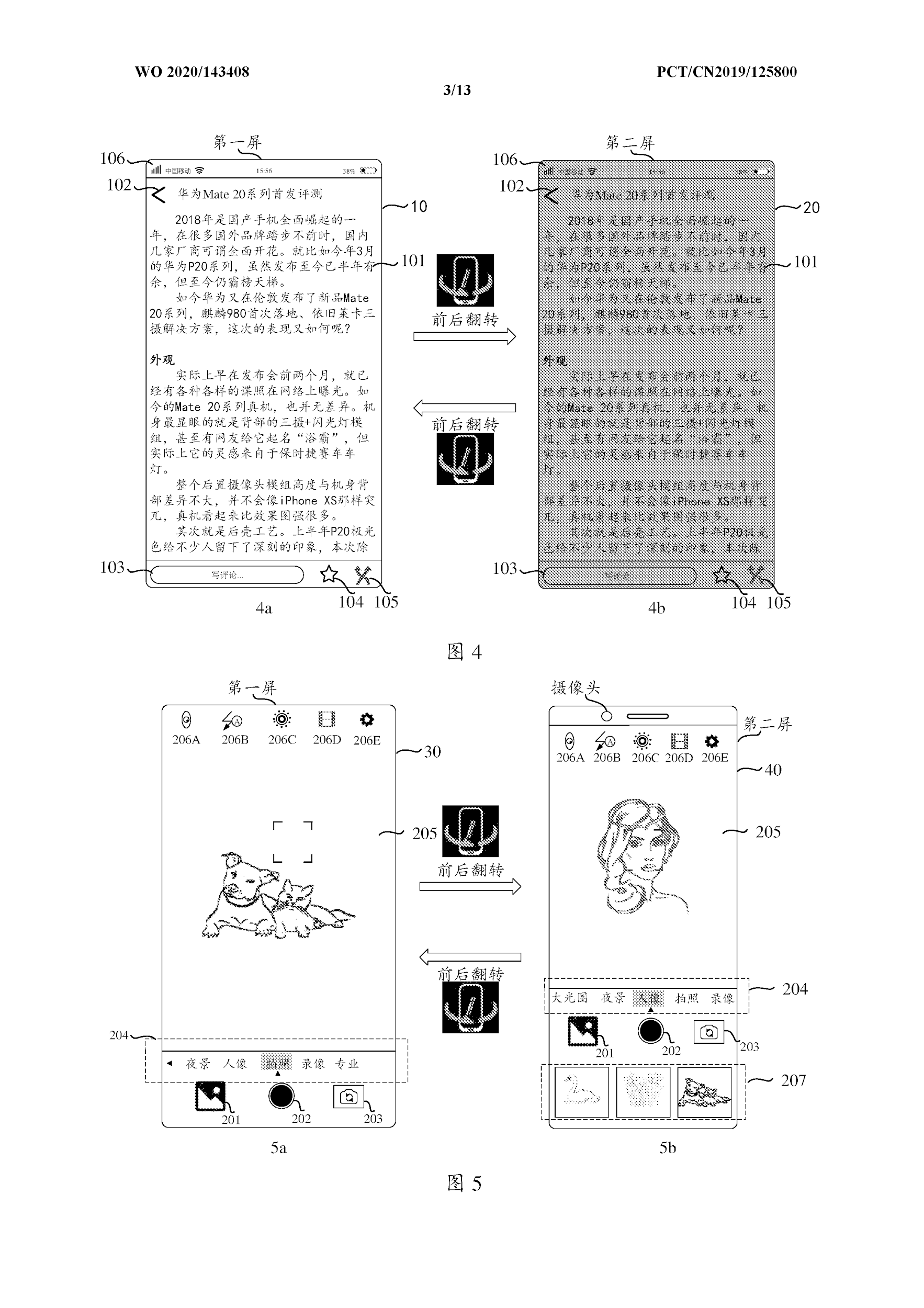 The PCT publication is disclosing three use cases.