AirPower was announced originally in 2017 along with the iPhone 8 and the iPhone X. It offered the freedom to simultaneously charge all of your Apple devices anywhere on the pad and the ability to monitor the charging state of any device. Its concept was meant to leapfrog well beyond the current state-of-the-art charging systems, such as those based on Qi charging technology. Unfortunately, AirPower was canceled before it hit the shelves.

Why did Apple pull the plug on AirPower? It’s promising features posed their own technical challenges. The complexity of simultaneously charging multiple devices, each with different power requirements, anywhere on a pad, all the while communicating charge levels and rates proved to be overwhelming. It would have required the positioning of multiple power transmitting coils over the surface of the mat along with sensors, processing, and logic circuitry to detect and provide optimal charging currents for different devices, all within close proximity to each other. Doing so would make managing the generated heat in such a small space very difficult. This thermal problem was one of the reasons for the eventual cancellation of the product in 2019 (Source: link).

“After much effort, we’ve concluded AirPower will not achieve our high standards and we have canceled the project. We apologize to those customers who were looking forward to this launch. We continue to believe that the future is wireless and are committed to pushing the wireless experience forward” – Dan Riccio, Apple’s senior vice president of Hardware Engineering (Source: Tech Crunch)

Recent patent publications from the shortlist are described below. 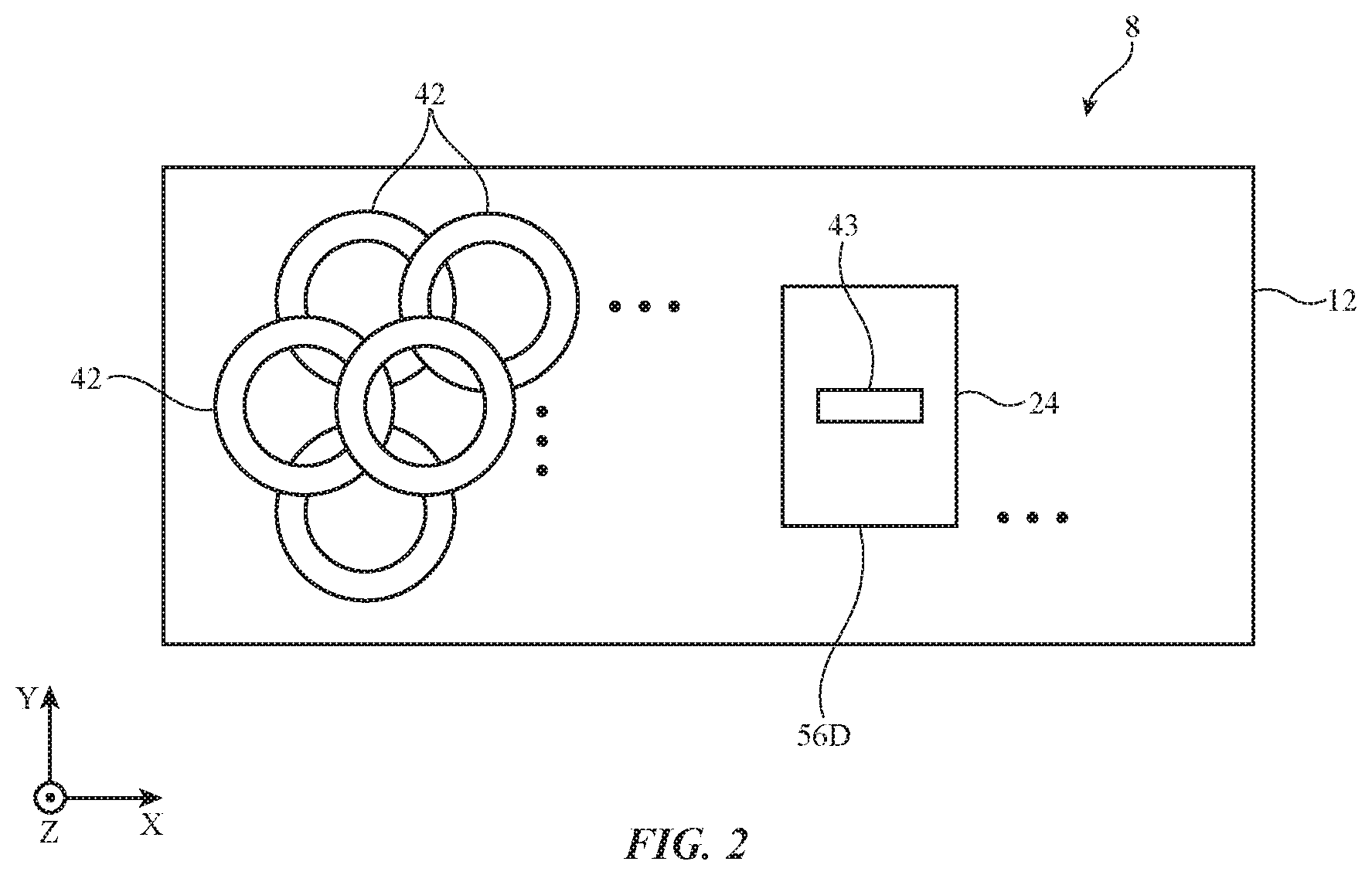 While the above publication focuses on assigning priority orders to the devices being charged, recently granted U.S. patent US10601251B2 seems to be focusing on identifying user power specifications of the user devices locations on the multi-coil charging pad and selecting and controlling the appropriate power flow to the transmitter coils of the charging device.

Upon detection of a user device, the charger activates its transmitter coils to ping the receiver coil of the detected user device and measures the signal strength of a received response to identify the location of the device and the corresponding coils that are best suited for coupling for power transfer. The charger then establishes a communication link with the receiving device for authenticating and determining the user device’s onboard charging capabilities, including the wireless power standard to which the power receiving circuitry adheres. Next, upon determining the receiving circuit capabilities, the charging device selects the appropriate transmitter coils to drive for power transfer. Further, if it is determined that the receiver circuit does not have an onboard power flow controlling mechanism, the charger continues to maintain a communication link to exchange information required for flow control and implements the flow control on the transmitter side.

The disclosed method utilizes an array of temperature sensors positioned on top of the plurality of charging coils and below the charging surface of the wireless charging pad. When an abnormal increase in temperature (usually due to the presence of a metallic foreign object) is detected, a control circuit halts wireless power transmission. Additionally, the temperature sensors also monitor the temperature at the charge receiving devices so that the control circuit can dynamically adjust the amount of power being transmitted. Thus, protecting both the charging device and the user devices being charged from excessive heat. 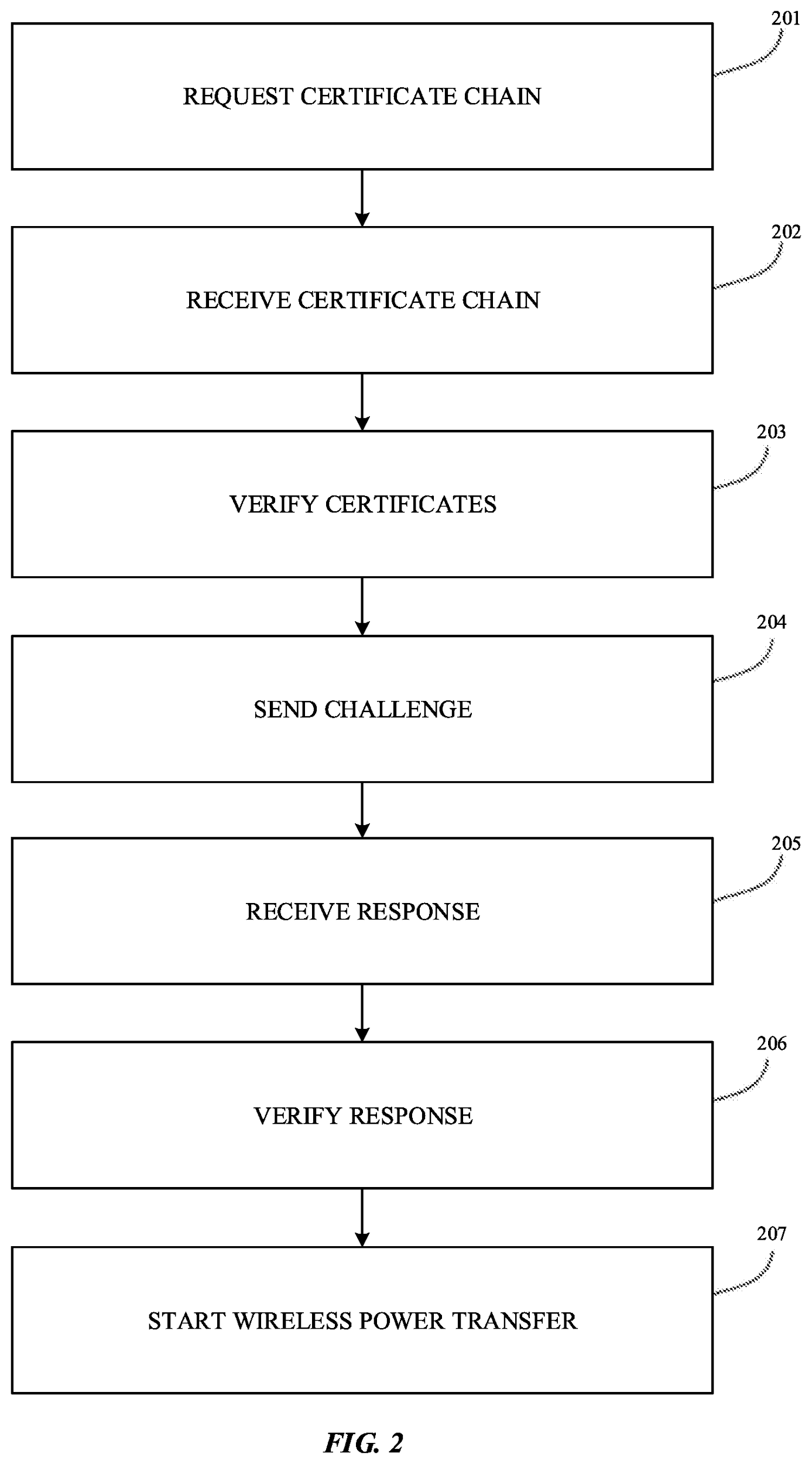 In addition to the above examples, Apple’s portfolio has patent publications and granted patents disclosing almost many aspects of wireless power transfer. Examples include US10673541B2 which addresses interference to the cellular or WiFi connectivity of the user device while charging and US20180351373A1 which discloses a user interface to detect and display charging states of multiple devices being charged using a single wireless charging device.

The solutions disclosed in the above cases can be easily implemented with existing technologies. Thus it may be safe to presume that Apple might launch its own wireless charging solution in the very near future.